80 percent of the music that teenagers have on their iPods is Illegal: Research 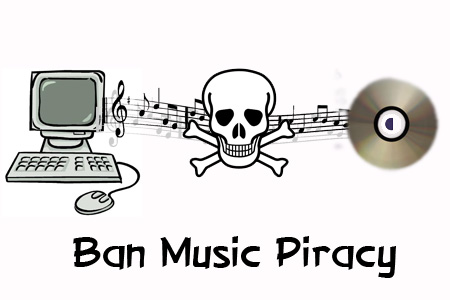 “Freeze. Put your iPod down. There are 800 illegal songs on your iPod!” The police against piracy must have not yelled that yet. However a research on young people’s music ownership confirms that teenagers have 800 illegally copied songs on their iPod, it is unclear though what made the researchers conduct research on this topic!!!

The research is the largest academic survey conducted as yet. It reports that around 50 percent of the population consisting of 14-12 year-olds, shares their music which leads to hundreds and thousands of copies of music amounting to piracy.

This phenomenon cannot be controlled, and is very common, yet it has left the music industry in a tizzy as out of the 1,770 songs that youngsters carry, as much as 842 songs are copied ones making them illegal and pirated. The Telegraph quoted Feargal Sharkey, former lead singer of The Undertones and now chief executive of British Music Rights as saying, “I was one of those people who went around the back of the bike shed with songs I had taped off the radio the night before. But this totally dwarfs that, and anything we expected.”

It has also been estimated by the University of Hertfordshire that 14 percent of CDs in a youngster’s collection are copied. Also, a significant amount of theft of music tracks has been identified in the group of 14-17 year olds as 61 % of their downloaded tracks are ‘illegal’! Be ready to go behind the bars young lads!

It is definitely a cause of worry for record companies as the music sales are dropping.

Well, the young adults are also not behind. Around 96% of 18-24 year olds have been estimated to have illegal music with two-thirds of them copying CDs from friends and sharing songs by e-mail or via hard-drives, leading to around 10,000 copies of illegal music in one go! You pirates!

British Music Rights seem to have found a solution, though not fully – ‘developing new legal services that would make breaking copyright unappetizing.’

“The positive message is that 80 per cent of downloaders said they would pay for a legal subscription-based service, and they told us they would be willing to pay more than a few pounds a month,” said Sharkey.

The suggested fee is £10 a month although officially nothing has been announced or revealed on that front.

Record companies are trying to find a way of coping with this illegal business by teaming up with internet service providers, trying to convince them to provide a huge catalogue of songs as an add-on fee to a broadband package; like they did with QTrax, a digital service. QTrax offers a catalogue of more than 25 million songs for listeners to download, free of charge. In return users have to listen to a short advertisement. All the piracies have made companies desperate to implement subscription-based agreements and get rid of CD and download sales which are giving them cold feet.