Since it’s really hard to decide on what to play when there’s a vast ocean of choices available on the App Store, we’ve managed to list out the best iPhone games 2011 that allow you to kill time. By utilizing onscreen controls, motion gestures and not to forget a little bit of brains, these titles range over genres such as action, racing and puzzles. So, from fighting warriors to blowing up weirdly looking green pigs that hog-up the screen or putting physics to the test through crazy contraptions, the iPhone games we’ve listed out are worth giving a try. 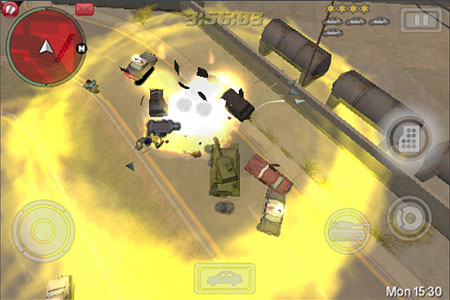 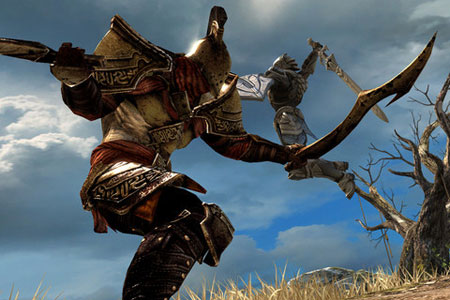 2. Infinity Blade – Defeating warriors with simple swipes, the title Infinity Blade takes you back to the Castle age where you’ll have to face enemies in one-on-one battles. Taking you on a journey towards the Dark Citadel, the games main objective is to take down the God King and free your people from the darkness. Based on the Unreal Engine 3, actions like attacking, dodging, blocking and casting of spells are done through gesture swipes onto the touchscreen display. Optimized to take full advantage of the iPhone 4’s capabilities, Infinity Blade is priced at $5.99 on the iTunes Store. 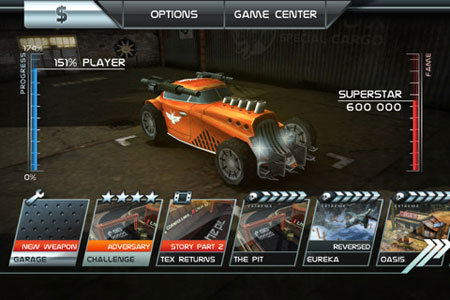 3. Death Rally – If fighting isn’t in your blood but, you still have the desire to blow stuff up then, Death Rally is one liable candidate. In a game where no ‘Tricks are too dirty,’ destroying your opponents or sabotaging the race is the only way to win. Through a wide variety of cars, guns and explosions available, these events take place in various scenarios and features a number of boss levels. For less than a dollar ($0.99 to be exact), Death Rally could be yours. 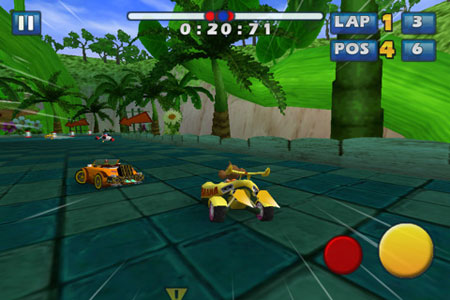 4. Sonic & Sega All-Star Racing – Yes that’s right, the hedgehog is back, and this time Sonic isn’t alone. Accompanied by the Sega’s all-stars, the action-based racing game allows you to race as your favorite character in 15 different courses. Equipped with different handling systems, the vehicle list comprises a car, monster truck, bike, plane and a banana. With a choice of 10 different characters to select from, each race would include dodging traps, taking out enemies through the use of missiles or if you lacking far behind, the driver’s special All-Star move is there to back you up. Sonic & Sega All-Star Racing holds a price tag of $2.99 on the iTunes Store. 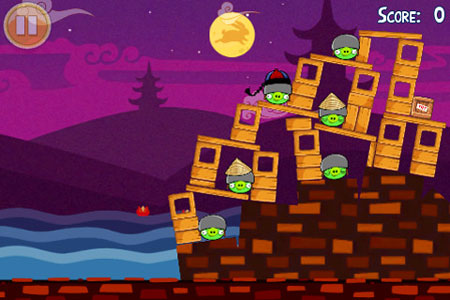 5. Angry Birds Seasons – Next on our list of iPhone games 2011 is something we’ve all heard and played Angry Birds and its Rio sequel but, have you given Seasons a try? As the little green hogs keep coming, the birds fight on to retrieve their eggs. With a total of 145 levels created based on different seasons and festivals including Christmas, Easter, and Chinese Mooncake, it’s a wild goose chase behind the pigs. Angry Birds Seasons is up for grabs through iTunes for a price of $0.99. 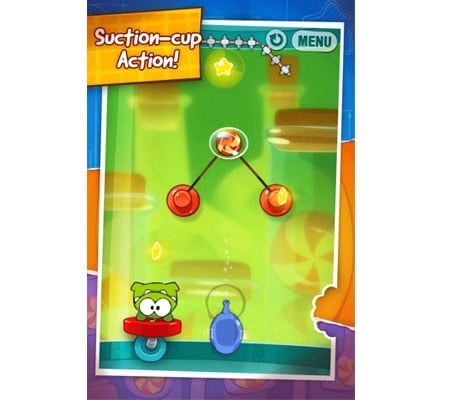 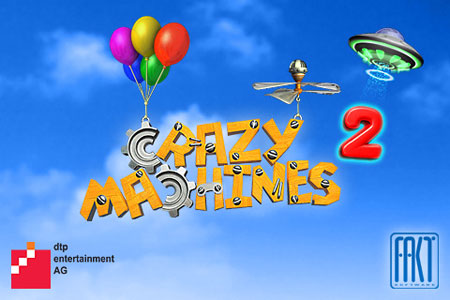 7. Crazy Machines 2 – Next addition to our compilation of iPhone games 2011 is something that is moving out from the professor’s secret laboratory, Crazy Machines 2 takes place around the world to set off chain reactions is areas like the Great Wall of China, pyramids of Giza and Transylvania. With three different modes such as Action, Puzzle and Constriction Kit to choose from, all you’re going to need is a football, a few bellows, a hot air balloon, scissors, wood planks and an imaginative thinking to complete each level. Crazy Machines 2 is priced at $2.99 on the iTunes store. 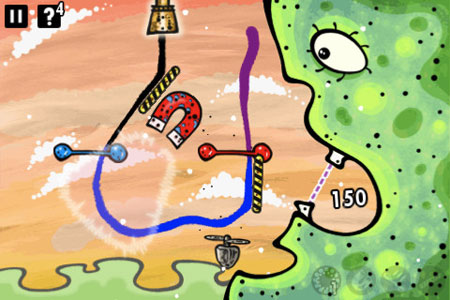 8. Feed Me Oil – Similar to Crazy Machines, Feed Me Oil is a puzzle game that requires the proper application of physics to complete each level. Equipped with weirdly shaped faces, the main objective in the game is to deliver a certain amount of oil from the broken pipes into the mouth of the strange creature. Weird as it may look, the title requires the extensive use of mental concentration to solve each puzzle. Priced at $0.99, Feed Me Oil comes with a number of levels to keep you busy for awhile.

If this roster of the best iPhone games of 2011 wasn’t enough, you can also take a peek at our multiplayer games roster as well. So give them a try and do let us know your prefer, heath-pumping action, mind bending puzzles or adrenaline-fueled racing. State your pick.