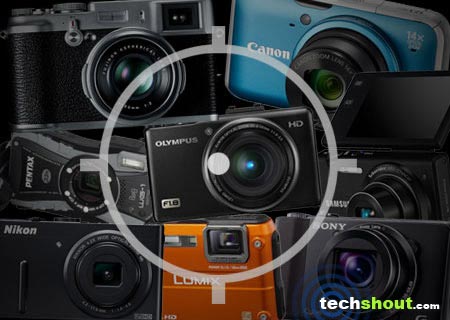 Mid-September may feel like an inappropriate time of the year to be drawing up a chart of the 8 best digital cameras 2011. Especially since several camera releases are undoubtedly queued up for fall. But trust us on this one, it’ll be easier to just add the new launches to the list below, because we’ve gathered it all up for your consideration.

1. Canon PowerShot SX230 HS: The first PowerShot to arrive with GPS for automatically tagging your pictures with the time and location, this 12.1MP Canon camera is available in black, blue or a pink hue that the company calls red, for around $329.99. It can shoot full 1,080p HD videos and offers 14x optical zoom as well as a 3” PureColor System LCD for tinkering around with the settings.

2. Nikon Coolpix P300: The distinguishing feature of the Nikon Coolpix P300? The company says it’s got a faster lens than any other Coolpix with its wide angle, f/1.8 maximum aperture Zoom-Nikkor glass lens. The aperture level should ideally produce good low light results and there’s the ability to shoot videos in full 1,080p resolutions too. Sporting a 3” anti-reflective TFT LCD, this 12.2MP snapper is currently being vended for $329.95.

3. Sony DSC-HX9V: Priced at $319.99, the Sony DSC-HX9V with a 16.2MP Exmor R sensor and 16x optical zoom is your pocket friendly snapper at 4.2mm x 1.4mm x 2.4mm and around 8.6oz. It’ll let you play around with the controls on a 3” XtraFine LCD display with TruBlack technology and there are some amazing low light shooting abilities, the unavoidable sweep panorama as well as 3D capabilities to expect from this compact block of a camera.

4. Samsung MV800: If you’re the type who’s caught trying to take that awesome shot of yourself more often than you’re tagged in Facebook pictures, the Samsung MV800 is the perfect temptation. Its highlight is a 3” flip-out display which will actually let you smile into the lens and see how you look in the LCD at the same time owing to the fact that it can be adjusted from 0° to 180°. For $279.99, snap-happy customers get 16.1MP resolution captures with 5x optical zoom and a Schneider lens.

5. Olympus XZ-1: The first ever Olympus X series camera, Olympus XZ-1 is equipped with a iZuiko f1.8-2.5 6.0-24mm digital lens and a 10MP large sized CCD sensor. There’s built-in pop-up flash and an AF illuminator for smoothing out the task of snapping good photos in low light environments. Other main features span a TruePic V image processor, a 3” OLED monitor, an accessory port for attaching PEN camera accessories and up to ISO 3200. This addition to our best digital cameras 2011 roster can be snapped up for $499.99 if you buy it through the company website and even less than that through retailers like Amazon.

6. Fujifilm FinePix X100: Attaching itself to the highest price tag as compared to the rest of the candidates on our list, the Fujifilm FinePix X100 costs around $1,467 through Amazon. It uses a 12.3MP APS-C CMOS sensor and a 23mm Fujinon lens for capturing 1,280 x 720p 24fps videos. This device is quite a looker with its retro-inspired styling consisting of magnesium alloy and leather accents. Don’t miss out the user-friendly lens ring for setting the aperture and charming metal dials and TTL flash-compatible hot shoe along the top either.

7. Pentax Optio WG-1: The Pentax Optio WG-1 is one tough cookie for the outdoorsy folks to moon over. Its very molded-looking façade will have a lot of difficulty convincing you otherwise. The camera’s waterproof at depths of up to 33 feet, shockproof, dustproof, coldproof at temperatures higher than -10° and apparently crushproof too. Detailing out images in 14MP with 5x optical zoom and 720p HD video skills, Pentax is vending it for $349.95. 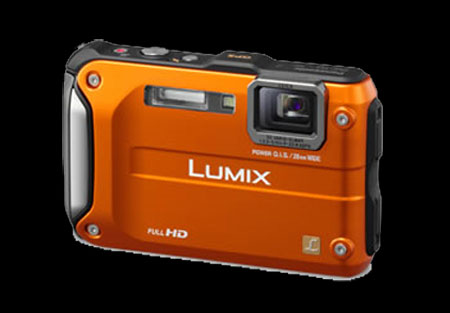 8. Panasonic Lumix DMC-TS3: Another offering for the adventure-bound photography enthusiast you claim to be is the Panasonic Lumix DMC-TS3 camera. Originally slated to be pinned down at $399.99, the device is built to be waterproof, shockproof, freezeproof and dustproof. It even features altimeter, depth indicator, compass, barometer and GPS on the spec sheet. Rendering up to 12.1MP of shooting prowess, the gadget fits in a 28mm Leica CD Vario-Elmar lens and 4.6x optical zoom.

Not convinced we’ve got it all on the chart of 8 best digital cameras 2011? There were a lot of snappers begging for attention, after all. Which were the ones that appealed to the photographer within you the loudest?