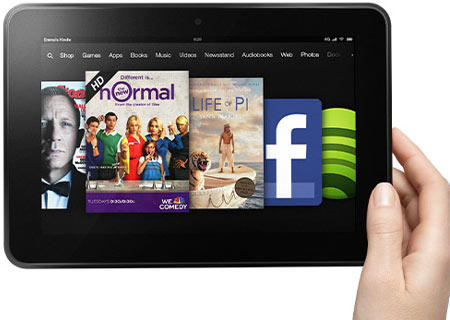 AT&T has revealed that the 8.9-inch Kindle Fire HD 4G LTE release date is set for April 5 across retails stores, while the device receives a drop in price for a limited time. It will only be the 32GB model that hits retail in a few days, but prospective buyers will have to hop aboard the carrier with a 2-year agreement to avail of the discount.

The slate is the topmost model in the line and has a screen with the highest resolution, when compared to Amazon’s other tablets. Its 8.9-inch display has a pixel density of 254ppi and is capable of putting out images and video in a resolution of 1920 x 1200 pixels. There isn’t a rear-facing camera on the device, but the one that points in the direction of users can capture photos and videos in HD. This can be used for making video calls on the go. 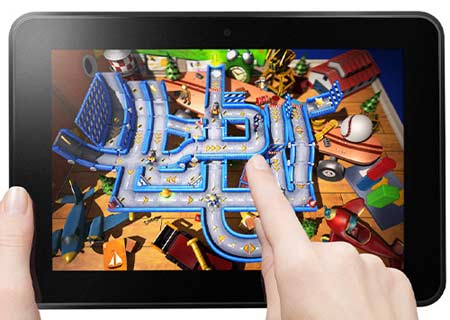 Besides the LTE connectivity, the slate will house a dual antenna setup, accompanied by dual-band Wi-Fi. And, it is claimed, the device can squeeze out up to 10 hours of battery life from its power unit. There will also be easy-to-use e-mail, calendar, and contacts for multi-faceted usage.

Those who opt for the slate will also be treated to a few features exclusive to Amazon devices such as X-Ray for Movies, X-Ray for Textbooks, Whispersync for Games, Whispersync for Voice and Immersion Reading. And there should also be the FreeTime trait, a free application which allows parents to control the kind of content their children can access. 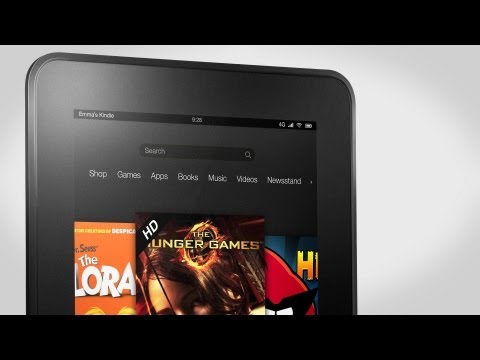 The company also has a really huge collection of content available. In fact, it offers more than 23 million movies, TV shows, songs, magazines, books, and audiobooks, as well as many popular apps and games. For all this multimedia and entertainment, users will be glad to have dual stereo speakers which make use of the custom Dolby audio for rich sound experiences. 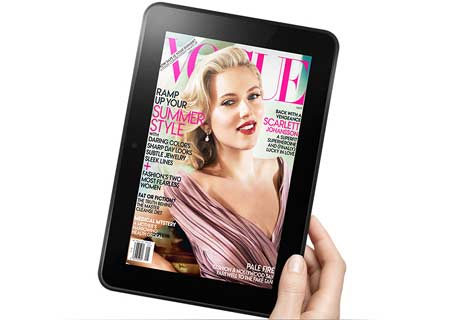 The 8.9-inch Kindle Fire HD 4G LTE will be made available at AT&T retail stores for just $249 with a 2-year contract, which is $150 off the original $399 tag. Again, this will be the 32GB model and it will make its way to select carrier outlets in a few days, with a variety of mobile data plans that start at $10 a month.