72 percent of the American Population is Engrossed in Gaming: Study 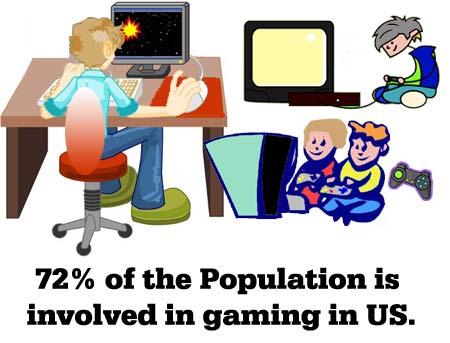 The NPD Group has come out with a report on “Online Gaming 2008”. This report focuses on the online gaming landscape and consumers’ behavior, time and money spent in the US market.

The report suggests that nearly 72 percent of the population is involved in gaming. Out of the total number of gamers involved in online gaming, 90 percent say that they use a PC to play games online. While 19 percent use a video game system (console or portable) and 3 percent use a mobile phone.

On the other hand, among those who use a video game system for online gaming, Microsoft’s Xbox 360 is the top system used. About 50 percent play games online via that system. Xbox 360 owners spend the maximum time per week using their console to play games online. PC and PS3 follow the 360 in this list.

“Despite the buzz in the industry regarding online gaming, it is still relatively small compared to offline gaming,” said Anita Frazier, industry analyst, The NPD Group. “There is still a large, untapped market for gaming in general and online gaming in particular.”