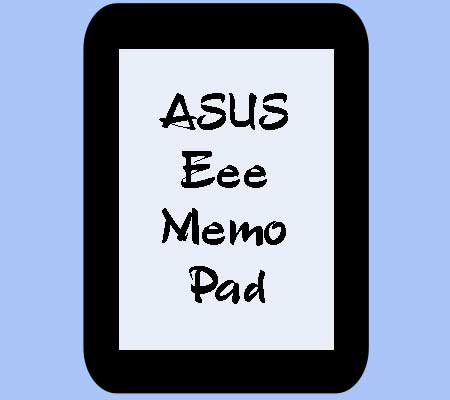 It’s just the beginning of the year and we’re already being hit with speculations about something or the other, the recent one bringing in leaked specs of a 7-inch Asus Eee Memo Pad which is apparently gearing up to be unveiled at the CES next week. The tablet market may see many new entrants this year and the unannounced Asus offering should arrive with a 1.2GHz dual core Snapdragon processor under its hood.

In the past year, Asus has been creating headlines with regards to its Eee Pad Transformer Prime which came powered by the Nvidia Tegra 3 quad core chip. It landed with the claim of being the first slab to be fueled by a quad core mobile processor. The company is obviously hoping to spring out some nice surprises for techaholics this year too and the rumors have just begun with details of the Memo Pad being let out into the wild.

The Eee Memo Pad will be spotted wrapping in a 7-inch capacitive screen proffering resolutions of 1280 x 800 pixels. The onboard storage space of the gadget may range from 16GB to 64GB. Plus, the slab could possess Wi-Fi and 3G capabilities amongst other features. Needless to say, the tablet will be running on the Google Android OS. A post on Engadget quotes Notebook Italia and even mentions that it is not known exactly which Android OS version the device will be offering for potential users out there.

Fans can probably catch a closer glimpse of the specs when the 7-inch Asus Eee Memo Pad makes an appearance at the CES this month.