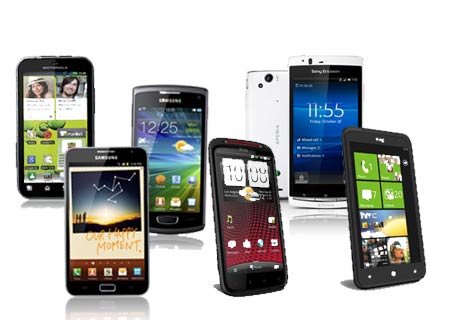 Comprising smartphones from the Android, Bada, iOS and Windows Phone 7 platforms, we’ve specifically picked out the 7 best upcoming cell phones and made them available with brief descriptions under a single roof. In a constant effort to provide bigger, sleeker and more powerful handsets, smartphone manufacturers appear to be hell-bent on equipping their devices with the best. Mobile phones with a 1GHz processor, and 5MP camera are pretty much standard these days but there are some that have gone beyond this point. So if you’re one amongst many others that are addicted to the smartphone rush, we’ve got exactly what you’re looking for with the 7 best upcoming cell phones that pack-in the latest hardware and advanced features. Or even if you’re looking out to purchase a new handset, do read on for an insight on what future smartphones have in store. 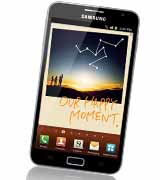 1. Samsung Galaxy Note: Taking the Galaxy series to the next level, the Samsung Galaxy Note smartphone comes wrapped with high capabilities and if size is your key attraction, the handset offers a 5.3-inch WXGA HD Super AMOLED multi-touch display. Equipped with a dual core processor clocked at 1.4GHz, the device is also bundled with 16GB of built-in memory, 1080p full HD video recording and playback from the 8MP primary camera with LED flash. What’s more, the smartphone sports the S Pen that allows you to scribble around just like using a real pen for a quick input method. 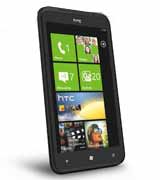 2. HTC Titan: Being the latest addition with the Windows Phone 7.5 OS from the company, HTC has put out the Titan smartphone with higher capabilities and better specifications. Hosting a wide 4.7-inch touchscreen display with a resolution of 480 x 800, entertainment comes at a single touch through its 720p HD video capture capabilities and high performance in gaming, browsing and media playback with the 1.5GHz SOC. Besides the 16GB built-in memory, you can enjoy a 5.1 surround sound effect and quality audio output with the SRS enhancement. The HTC Titan is scheduled to launch sometime this October. 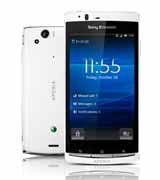 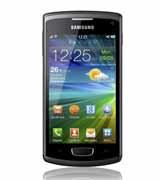 4. Samsung Wave 3: Making its comeback with the latest Bada 2.0 OS, the Samsung Wave 3 handset has placed itself as a viable competitor to Android-based devices. Offering the 4-inch Super AMOLED display, 1.4GHz processor and the NFC technology support, the smartphone is capable of being positioned as a substitute to Android phones. Packed with performance and high capabilities, the Samsung Wave 3 is worth taking a look at. 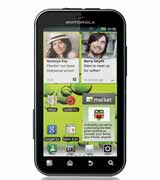 5. Motorola Defy+: We all wish that our smartphones could take a dive every now and then, don’t we? Well the Motorola Defy+ can, at least the company states so. Knowing all you butter fingers out there, the life proof device takes off with water, scratch and dust resistance and the Corning Gorilla Glass which adds to its sturdiness. Powered by a 1GHz SOC and the Android Gingerbread OS, the Defy+ features the Adobe Flash technology for enhancing the web experience much efficiently than its predecessor. 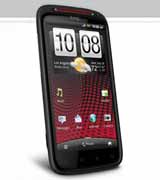 6. HTC Sensation XE: Featuring Beats Audio, the HTC Sensation XE smartphone will surely get your feet tapping to your favorite music. And the combination with high performance offerings like the 1.5GHz processor, 768MB of RAM and 8MP camera with LED flash and 1080p video recording will let you make the most out of the handset through entertainment, gaming and various other features. Also, the device is expected to be available in the UK from October 7.

7. iPhone 5: Thought we left this one out? No list of the best upcoming cell phones this year is complete without the addition of the highly anticipated iPhone 5. Unaware of its capabilities and yes, even its real name, the well known iPhone 5 is certainly not well acquainted with anyone. Based on speculations, the next addition to the iPhone series from Apple is expected to possess the A5 SOC which debuted in the iPad 2, an 8MP camera and most probably a sleeker form factor. So when can we expect official word on the handset? Most probably by the start of next month as the pin-pointed launch date falls somewhere in mid-October.

Besides these 7 best upcoming cell phones, a new addition from Nokia is also highly anticipated featuring the Windows Phone 7 OS for the first time. Dubbed as Sea Ray, the handset is confirmed to roll out from manufacturing by this fall and will soon be followed by a volume shipment starting 2012. Further, if you feel a smartphone is note worthy of making the list of the 7 best upcoming cell phones, do feel free to share your thoughts.