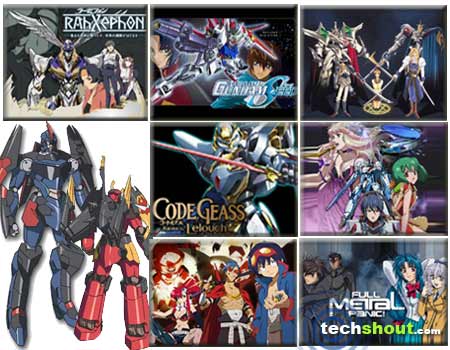 The best Mecha animes we’ve pulled together have the perfect combination of high-octane action and hearts of steel. The best machine warriors featured here come in all shapes and sizes, some as small as cars, while a few of the others tower high above skyscrapers. What’s more, these contraptions arrive with a whole arsenal built within their tin shells. And besides just pleasing the audience with the theme in question, the titles also incorporate other sorts of elements such as action, romance, science fiction, adventure, fantasy, comedy and more. 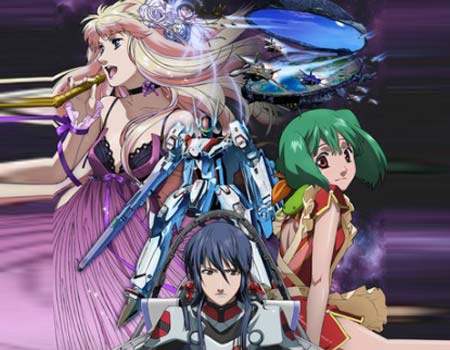 Our first pick is noted to be a sci-fi series created by Shoji Kawamori and has a whole slew of episodes, OVAs, manga and movies under its belt. This particular inclusion is a direct sequel to the premier series and Macross 7. Not too long ago, humans were on the brink of extinction, all because of alien invaders known as the Zentradi. Now in order to expand their race, humankind has launched fleets of colony ships deep into space.

The storyline takes place aboard one of these Frontier colonization fleets and follows the escapades of 3 individuals namely, Sheryl Nome, Alto Saotome and Ranka Lee. When their ship is attacked by extraterrestrial beings, Alto bravely steps into the cockpit of a new-model fighter. This act is noticed by the S.M.S. Skull Squadron private military company who then recruits him into the organization. 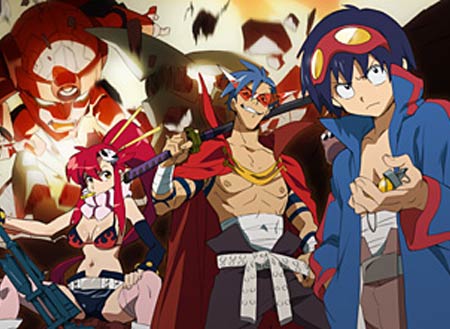 This entrant in our roster is set in a distant future where mankind lives underground in huge caverns, totally oblivious of the world above. The story focuses on a small band called the Gurren Brigade which resides in the small village of Jiha. Its members wish to break through the ceiling of their dwelling place and venture out into the unknown.

However, their endeavors are discouraged by the village elder. But when danger comes knocking at their doors, it’s up to a shy lad called Simon, Kamina, a girl named Yoko and robot Lagaan to journey upwards and fend off the rampaging Beastmen.

3 – The Vision of Escaflowne: 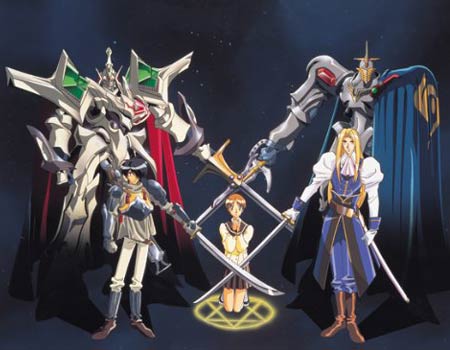 Packed with a huge helping of drama, romance, fantasy and adventure elements, this particular title throws the spotlight on a teenage high school girl called Hitomi. She magically gets sucked into the world of Gaea and encounters the boy prince called Van Fanel. The royal young man strives to unite the various Gaea countries so that they can fight against the Zaibach Empire. 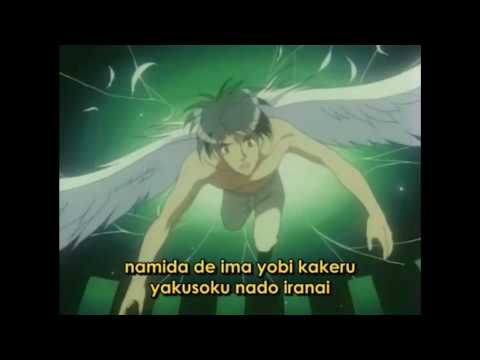 During her escapades, Hitomi tries to find out more about the prince and his past. And just in case you’re wondering how the name of the title may have come about, well Escaflowne is the gigantic robot in the series. 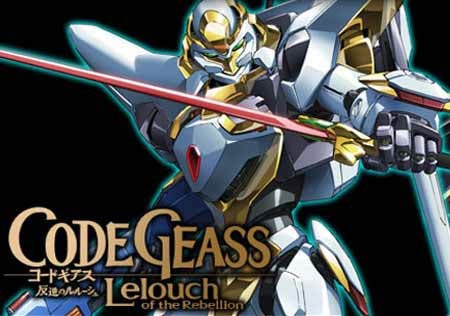 Besides serving up drama and action bits, this inclusion in our array also comes infused with supernatural, action, science fiction and psychology elements. The Holy Empire of Britannia has conquered the whole of Japan and now calls it Area 11 and the inhabitants, Elevens. This organization is aided by robotic weapons called as Knightmares. 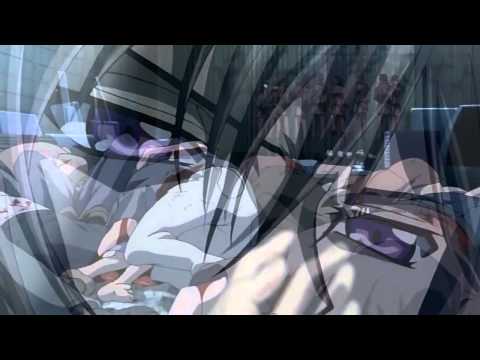 The plot revolves around 2 main individuals who have contrasting ideals. While the Britannian called Lelouch or the black prince wants to build a world based on his ideals, Suzaku Kururugi aims at bringing justice to the land. What’s more, the former is blessed with the power of Geass and the latter gets to command the Knightmare Frame known as Lancelot. 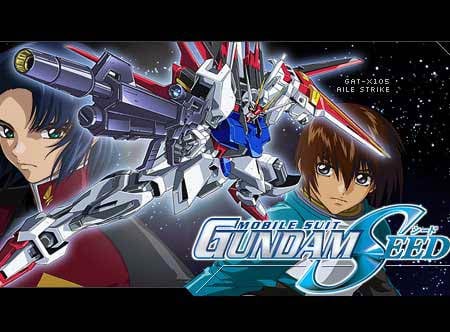 The events transpiring here occur during the Bloody Valentine War in the Cosmic Era 71. Mankind is torn into 2 different groups – while one side is just normal Earth beings, the other comprises of genetically altered humans known as ‘Coordinators.’ The former faction has developed its own Gundam Mobile suits at a neutral space colony. 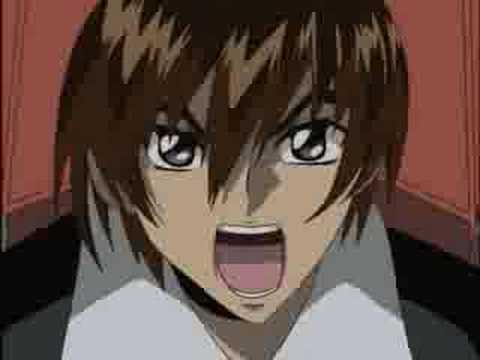 Now the Alliance’s prototype Strike Gundam is piloted by a young Coordinator called Kira Yamato who must go against his own kind if he wishes to protect his close friends and allies. 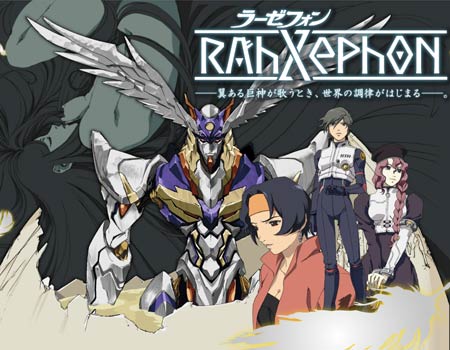 The name given to this particular contender in our roundup is in fact that of the powerful angelic robot known as RahXephon. This gigantic robot can be controlled by a 17-year-old boy called Ayato Kamina. In the year 2015, his normal life in Tokyo is disrupted when strange forces begin invading his home.

During the events that play out, he comes into contact with a host of interesting characters such as Reika Mishima, a classmate and Haruka, a member of the Organization Terra. 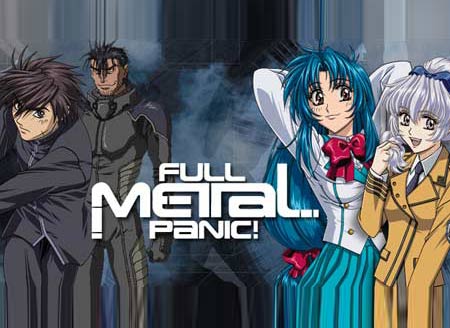 This popular title sees the likes of a 17-year-old military specialist called Sousuke Sagara who’s employed by the secret organization known as Mithril. He is now tasked with the mission of protecting the latest Whispered candidate called Kaname Chidori. 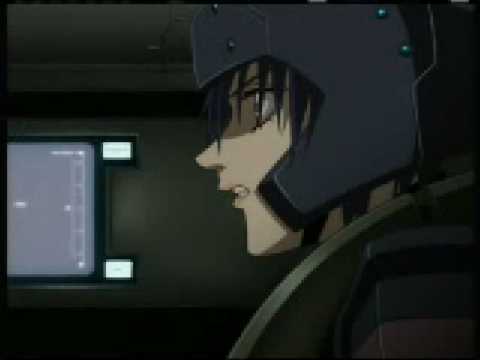 Now in order to succeed in this endeavor, he must face the demons of his past and blend into an average high school student’s life. Sagara finds the latter most challenging as he was raised during a time of war.

Robots packed with awesome artillery, loads of action and some great fight scenes are the different ingredients that make all of the aforesaid best Mecha animes. If you’re an ardent fan of this particular theme, then you’ll surely recognize at least a handful of the ones gathered here. However, we encourage you to watch them all as each one has an interesting tale to tell. And don’t forget to leave your comments on the same in the box situated just below.