The Nokia 8 and Nokia 2 have both been in the news lately and now two separate reports have got some fresh information regarding when the two will be coming out. The former has, of course, already gotten announced, but there’s a new 6GB of RAM and 128GB of ROM model which is doing the rounds of the rumor mills.

Starting off with the Nokia 8, the new variant first came to light thanks to the US FCC. WinFuture now reports that HMD Global has confirmed the arrival of the 6GB/128GB option in Germany. It’s apparently going to be launched there on October 20 in a Polished Blue color.

As for price, it’s reportedly going to be sold at EUR 669 (roughly $796 or Rs 51720). That’s EUR 90 more than the standard 4GB/64GB version, so there is a hefty premium dividing the two. There’s no word on where else this variant will be made available. The US will probably get its hands on the phone given the device’s appearance on the FCC. 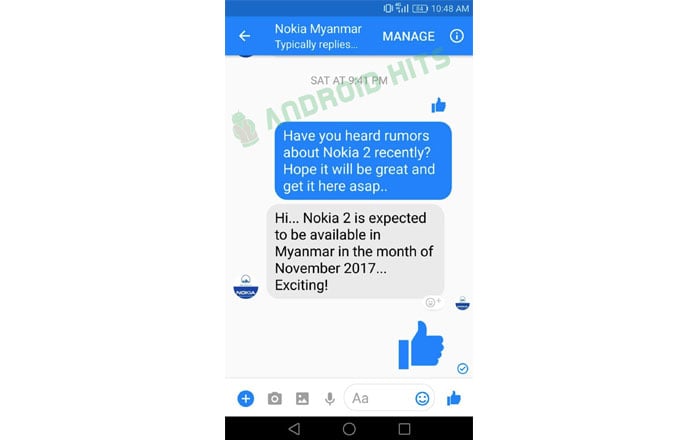 The Nokia 8 is scheduled to land in India on September 26. The nation will probably get the regular 4GB/64GB option, with the new 6GB/128GB model less certain. As for the Nokia 2, it might get unveiled in November. That’s according to a Messenger conversation which allegedly happened between a user and the official Nokia Myanmar Facebook page.

The screenshot can’t be taken as definitive proof though, since it could be faked. We’ll have to wait and watch for more concrete evidence or official confirmation from Nokia.