The Micromax Canvas Doodle 3 that was teased only yesterday, has been launched for a very affordable price in India and it is likely to be up for sale this week itself. As it is pretty obvious from the name, the device plays successor to the previously-released Doodle phablets.

Coming to the specifications of the Micromax Canvas Doodle 3, it has been fitted with a 6-inch FWVGA touchscreen of 854 x 480p resolution. A 0.3MP webcam keeps the display company and on the rear side you will find a 5MP camera complete with LED flash and other common functions like video recording, digital zoom, auto focus and more. Its intuitive interface can be attributed to the Android Jelly Bean 4.2.2 OS. 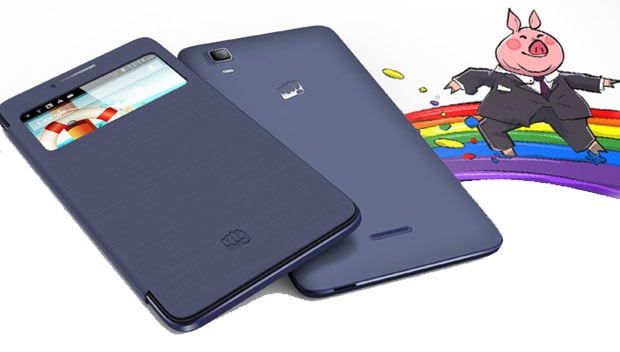 The phone’s multitasking properties are carried out under the supervision of a MediaTek MT6572 dual core processor that can clock in a maximum speed of 1.3GHz. 512MB of RAM has been chosen to assist the chipset. Speaking of memory, the phone comes with 4GB onboard storage which can be expanded further by up to 32GB.

This Doodle phablet draws power from a 2500mAh battery which should keep it going for at least an entire day. Its connectivity features include 3G, Wi-Fi, Bluetooth and GPS amongst others and the phone comes pre-installed with apps like M!Doodle, Opera Mini, Bigflix, Kingsoft Office and more. 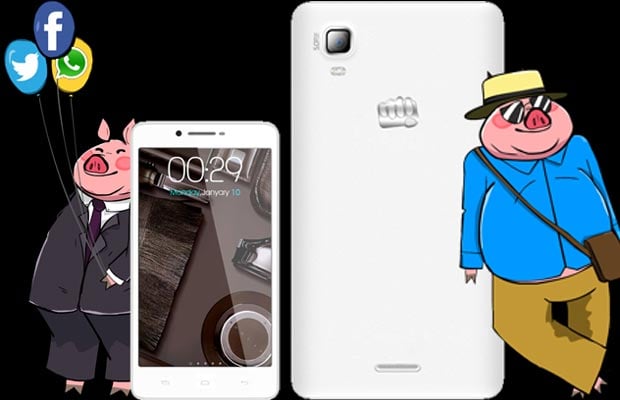 The Micromax Canvas Doodle 3 has been pegged at Rs 8,500 and it will start selling in the country via authorized retail channels from April 25 onwards.

Key specs of the Doodle 3 at a glance: