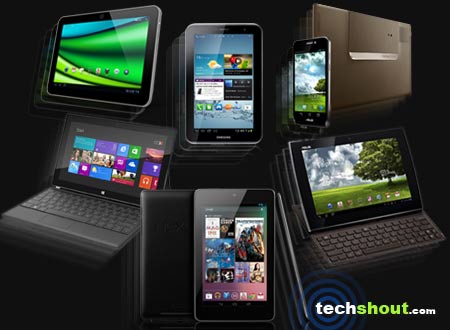 Today’s order of business is to round up some of the best tablet PCs currently available, or expected to arrive in the market. The names we’re about to jot down aren’t just those of ordinary slates. These devices come from some of the most popular brands in the tech world. And apart from high-end components for enhanced performance, they pack in certain aspects that distinguish them from the rest of the lot. 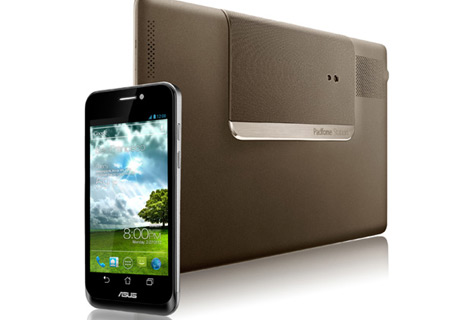 To kick start our compilation of popular slates, we’ve got the Asus PadFone. Now before you go ahead and say it’s just a smartphone, we’d like to remind you that this piece of hardware plays the role of both a handset and a tablet. Through the accompanying PadFone Station, you can conveniently convert the phone into a 10.1-inch slate by simply sliding it into the provided housing.

Powered by the Android ICS platform, the smartphone incorporates a dual core 1.5GHz Qualcomm Snapdragon S4 8260A SOC backed by 1GB of RAM, while a WXGA 1280 x 800p TFT display sits pretty on the dock’s front. 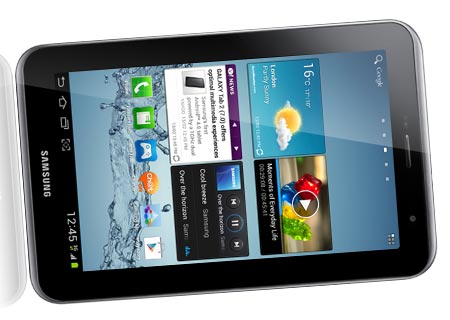 The next candidate on our roster is the Samsung Galaxy Tab 2 7.0. Running on the Ice Cream Sandwich OS, a coating of the TouchWiz UI is embedded in order to deliver a more streamlined experience. The slab shows off a sleek and portable form factor measuring 10.5mm in thickness, with a weight of 345 grams. Hidden under its 7-inch WSVGA 1024 x 600 TFT display is a 1GHz dual core processor that does all the heavy lifting. Accompanying the SOC are various components, including a 3MP rear camera with HD video recording capabilities and the HSPA+ module supporting 21Mbps in downlink speeds. Apart from these, Samsung has even thrown in a few software-oriented goodies such as Video Hub, All Share Play and the usual Google services. 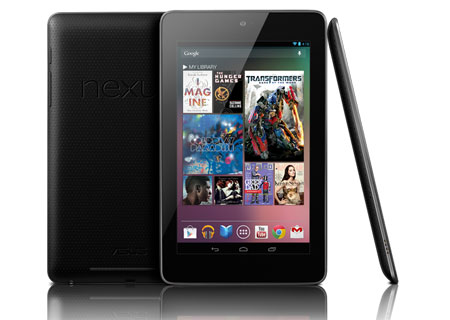 If you’re up to date on the latest in tech, then seeing the Google Nexus 7 tablet on our list shouldn’t come as a surprise. The device has been in the rumor spotlight for the past few months now and it recently made its official appearance. The guys over at Mountain View have managed to throw a host of high-end components into the 340gm body, while maintaining a sub-$200 price tag. 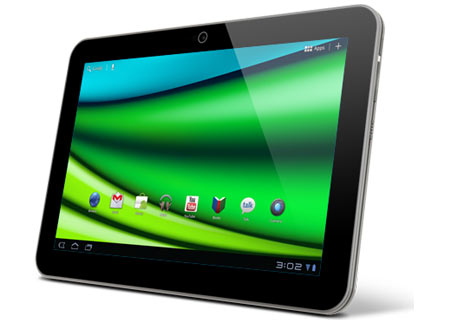 In line for the ‘World’s thinnest 10-inch tablet’ title, we’ve picked the Toshiba Excite 10 LE to play the role of one of the most sought after devices around town. At 1.18 pounds, the device flaunts a magnesium alloy surface that’s coated in medium silver. A TI OMAP 4430 dual core processor takes charge of getting things done through the Honeycomb OS, while 1GB of RAM provides the much needed helping hand in multitasking.

Besides the aforementioned attributes, you’ll also be presented with a bunch of other features such as a 5MP rear camera with 1080p video capturing, a micro-HDMI port, a microSD card slot, Bluetooth 2.1, Wi-Fi b/g/n and a 3.5mm stereo headphone jack. 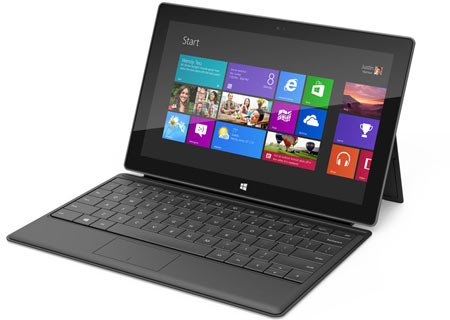 A few days after unveiling its Windows Phone 8 platform to the world, the Redmond-based software giant showed off its very own range of tablets dubbed Microsoft Surface. At present, the company has announced 2 variants, one powered by the ARM platform on Windows 8 RT, and the other by a third generation Intel Core processor with Windows 8 Pro running the show.

On the specifications front, the former device weighs just about 676 grams and houses a 10.6-inch ClearType HD display. At 9.3mm thin, you’ll basically have this one among the choicest tablet PCs, in options of 32GB and 64GB. The Surface for Windows 8 Pro is a tad less slim at 13.5mm. Apart from the 10.6-inch FHD display, you’ll have choices of 64GB or 128GB hoarding capacity.

Price: To be announced 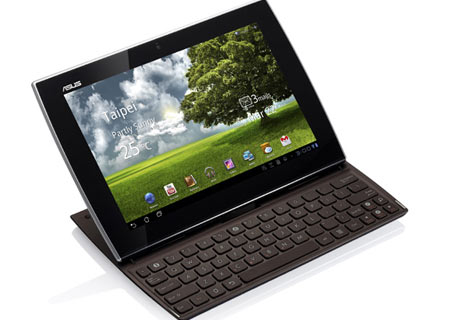 If you’re looking for a fancy slab of Android that not only flaunts a distinct appearance compared to other slates, but also makes no compromise on hardware, then the Asus Eee Pad Slider could just be what you’re looking for.

Combining the performance of the dual core Nvidia Tegra 2 processor with the smooth and intuitive UI of the Honeycomb platform, the device incorporates both a 10.1-inch LED backlit WXGA screen and a slide out QWERTY keyboard. The combo design is complemented by 1GB of RAM for better multitasking and 8 hours of battery life.

Our job here appears to be done, now that we’ve listed out some of the best tablet PCs. And just as we said before, each entrant in today’s compilation has its own unique set of features. Aside from what we’ve jotted down, do let us know which slates out there are amongst your favorites.

10 Must Have Android Apps