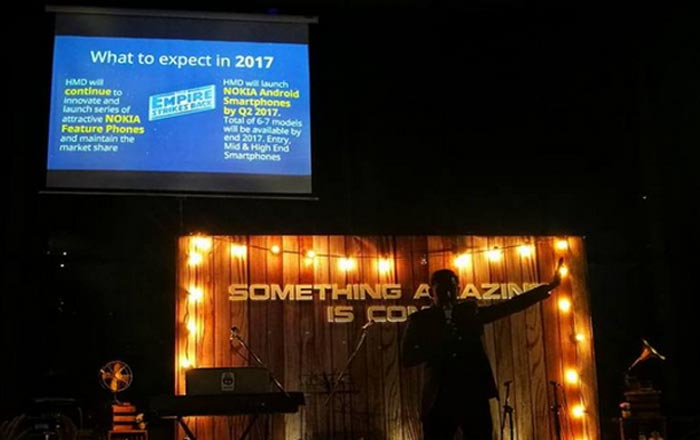 Reports so far have indicated that Nokia was planning to launch 5 new Android-running phones in the present year. However, a new leak out of Malaysia suggests otherwise. Instead of just 5 new models, the brand is apparently looking to unveil 6 or 7.

News of this change comes via a presentation made by Malaysian distributor Avaxx concerning HMD’s 2017 roadmap. The slide in question first states that the firm’s going to continue to innovate and launch Nokia feature phones and maintain its market share. It also talks about how the brand will launch Android phones by Q2 2017.

The slide then goes on to assert that HMD will release 6 to 7 Nokia Android smartphones by the end of the year. The models will cover the entry, mid-range, and high-end market sectors. The latter half falls in line with previous speculation reading the company’s blueprint.

Talk of a Nokia E1 has also begun proliferating online. Not much is known about the budget handset. Rumors so far hint that it could feature 4G LTE connectivity, 5V/2A charging support, Android 7.0 Nougat, a Snapdragon 200 series processor, 1GB of RAM, and a 5.5-inch panel.