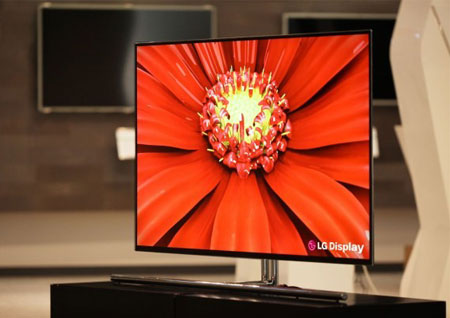 If the folks over at LG are to be believed, then their newly unveiled 55-inch LG OLED TV panel might well be the largest one till date. Meting out a contrast ratio of over 100,000:1, this screen is touted to throw up more colors than any traditional LCD and even claimed to be a significant step forward in the popularization of OLED TVs.

The environmentally conscious faction out there has a reason to vouch for OLED technology since unlike other backlit units, the light sources in these screens permit the diodes to be turned on or off. And because there is no need for a special light source, this product’s panel makes for a simplified structure that is purportedly thinner than a pen at 5mm and lighter than a conventional LCD. A post on Engadget has revealed that this display is slated to make its first appearance at the CES 2012 in January. 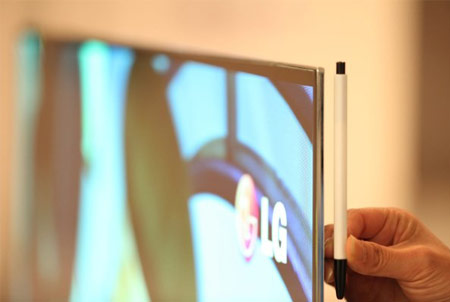 “Our objective has always been to actively define and lead emerging display technology markets. Although OLED technology is seen as the future of TV display, the technology has been limited to smaller display sizes and by high costs, until now. LG Display’s 55-inch OLED TV panel has overcome these barriers,” explained, Dr. Sang Beom Han, CEO and Executive Vice President of LG Display.

A peek into the details of the OLED technology divulges that the panel holds an Oxide TFT which is dissimilar to the Low Temperature Poly Silicon type used in small OLED panels. This ultimately helps these screens to dole out image quality close to that of LTPS units, but at much lower manufacturing costs.

The company plans to unveil its 55-inch LG OLED TV panel at the CES 2012, which will commence on January 9 in Las Vegas.