Portuguese government and Intel have struck a deal that can be touted as one of the most significant for both the sides. Intel will now be providing 500,000 low-cost Classmate PC to Portugal’s technology and Internet deficit regions.

The deal is a part of the Magellan Initiative devised by the Portuguese Prime Minister José Sócrates and Intel Chairman Craig Barrett. The half a million low cost laptops will go to the primary school population. 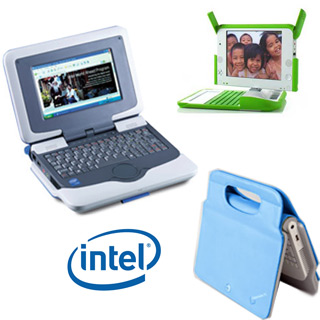 “This new collaboration with Intel underscores Portugal’s commitment to advance quickly toward a knowledge-based economy,” Sócrates said. “By equipping our schools with state-of-the-art computing technology and Internet connectivity, we hope to hasten the transition to economic models that benefit our citizens.”

Regarded as the ‘rugged little laptops’ Intel’s Classmate PC comes in various versions in various developing countries, designed especially for school children. The laptop is distributed in more than 50 countries.

In 2007, Intel was also supposed to be involved in the One Child Per Laptop (OLPC), the non-profit project, however, was accused of selling the laptops in other developing regions for a cost lower than that proposed by the OLPC foundation, thereby undercutting the OLPC’s philanthropic scheme. What seemed to have apparently irked the conflict was the use of AMD’s chips in OLPC’s affordable laptops, creating a rift between an OLPC and Intel owing to Intel’s and AMD’s rivalry. However, later Intel was invited in the Board of Director’s team of OLPC, but the relationship seemed to have soured as Intel pulled itself out of the OLPC group this year.