500 million and counting: WhatsApp now caters to half a billion users around the globe

WhatsApp Messenger cross-platform instant messaging service has revealed via a post on its official blog that it now has a strong user base of 500 million people from various regions around the globe. Only recently, the application’s developers had announced that it processes over 50 billion messages and a tweet by the company had revealed that it sent and received over 64 billion texts in a day, earlier this month.

WhatsApp says that these half a billion people are regular and active subscribers of the instant messenger. While it has attracted new customers in most regions, a few countries like India, Brazil, Mexico and Russia were the ones where the application had its fastest growth rate. 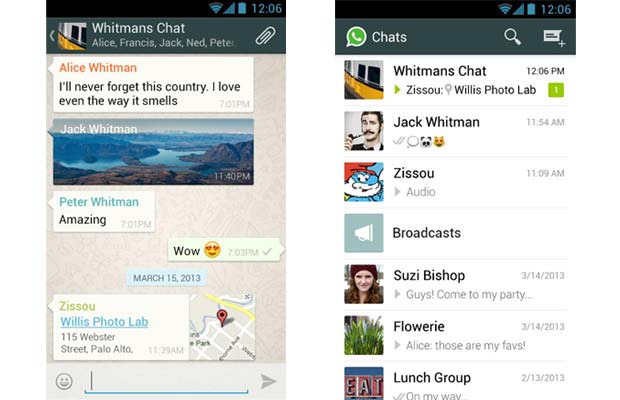 And not just messages, people are sharing media content via the application as well. According to the developers, as many as 700 million photos are sent and received by its subscribers on a daily basis and the number of videos sent is even more and stands at a whopping 100 million per day.

The applications’ Android version was updated not long ago with advanced privacy features, allowing users to hide their profile pictures, status updates and last seen time stamp from unwanted people. This should arrive soon on the iOS as well as Windows Phone platforms.

It looks like the other instant messaging services like Line, WeChat, Viber and even BBM are finding it hard to keep up with WhatsApp. The applications is available for download through app stores like Google Play, iTunes, Windows Phone store, BlackBerry World and more for free and it charges $0.99 per year after a year.