5 Reasons why Google should kill Orkut 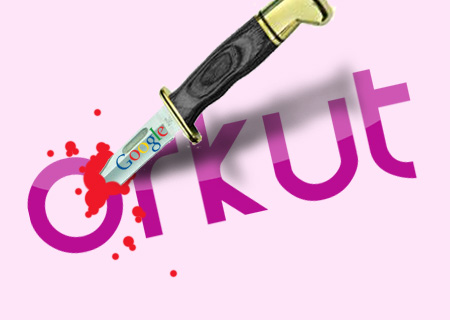 Not that we have fallen out of favor with hope, but nothing could keep us from thinking if the doomsday for Google’s Orkut is soon approaching. And why not? We have enough reasons to think so. The highly improved and updated intermingling social scenario leaves less scope for Orkut Buyukkokten’s brainchild, especially now when Google+ has arrived. Not all may agree (read Brazilians), the future of Orkut is dwindling. So, we’ve summed up 5 reasons why Google should kill Orkut.

1 – World beyond Brazil and India:

Google’s Orkut has been reining the social networking scene in Brazil. Needles to say, the latest social survey revealed Brazil topping the charts for Orkut followed by India. However, the world beyond these two countries doesn’t seem to be in favor of the social networking site. In fact, mid of last year saw Facebook surpass Orkut in India as well. Reportedly, about 90 percent of Orkut page views are contributed by users in Brazil. So, only 10 percent members outside the country access the social site. Not astonishingly, Orkut.com ranks well below Orkut’s Brazil page in popularity.

Google could save up on the resources which can then be directed to some other productive area. These resources can be used elsewhere, like developing the newly launched Google +. This could help Google save billions of dollars and also walk out of several legal limbos. After all, Google is a much bigger company compared to Facebook. The number of users accessing Google products everyday is quite large.

Orkut was conceived way back in 2004, a batch-mate to Facebook rather older than it. However, it underwent a facelift only twice – 2007 and 2009. Around the same time, Facebook turned tables with a plethora of apps. It brought in distinct features, apps and games for audiences of all age groups which led to an increase in the number of its users. On the other hand, Orkut has failed to keep its members engaged and runs out of interesting communities and applications. Yes, it has lost the oomph factor.

Here’s yet another reason for Google to kill Orkut which deals with the moolah that the social site generates. Orkut does not appear as a promising revenue generator. As per recent statistics Google has six times the revenue compared to Facebook. However, as we relate it to the number of Facebookers, the revenue generated per use by Facebook is more. Orkut claims to have 66 million users which is far behind Facebook whose claim is a huge figure of over 750 million.

With Orkut being replaced by Facebook by majority social butterflies, Google soon decided to come up with Buzz which miserably failed to keep users hooked. Now, seeing the way Google+ is shaping up, evidently we can see a lot of efforts from Google being diverted at making it attain utmost popularity. The question arises – why didn’t Google simply spruce up Orkut to rekindle its lost flame? Now, that’s debatable. With Google’s creative minds working to improve the attributes of this newly launched social network with each passing day, we wonder if Orkut is turning into a stopgap. All the attributes that Orkut users are yenning for have been implemented in Google+. So, maybe it’s time to bid good bye to Orkut.

We close the curtain over 5 reasons why Google should kill Orkut. If not for like minds, it’s debatable whether Google should stab Orkut or revive its attributes.