5 Most Significant Mobile Gaming Trends in 2018

Mobile has opened up a whole new world of gaming to a diverse range of people. The global games market is expected to reach $143.5 billion by 2020 with mobile taking more than 50% of the total market. Based on these numbers, mobile gaming is experiencing tremendous growth and will continue to be the most lucrative gaming segment for many years to come.

For gamers, it’s always good to stay on top of the latest gaming trends and predictions in the industry. With that in mind, here are our  top five mobile gaming trends in 2018:

Mobile gaming has been experiencing consistent growth over the years, mainly due to the rapid advancement of formidable influencers, such as smartphones, tablets, newer gaming technologies like Augmented Reality (AR) and Virtual Reality (VR) as well as mobile internet networks, which have all contributed to the massive growth of this once dwindling sector.

According to GearScope, a site that offers best gaming gear recommendations, both gaming developers and market influencers understand the opportunities that mobile offers. For instance, up to 25% of the apps in Apple’s App Store are mobile games. Influencers alone have contributed a great deal in making the mobile gaming industry lucrative.

When compared to market forecasts for console gaming (31%) and PC games (23%), mobile games take the lion’s share of the global market (42%). What does this mean? Considering the popularity of mobile gaming, we’re going to see more brands who develop video games for PC and consoles make them available for mobile too.

Mobile gaming is more affordable and has a much wider reach compared to both console and PC gaming. With improved gaming technologies like AR, we can expect to see cross-platform PC/mobile games gaining more ground in the global gaming market. Cross platform gaming is becoming popular as more players prefer to access their favorite games on the go.

The mobile eSports industry has gained a lot of popularity in a few short years. According to a Holmes Report on the growth of eSports, there’s a rapid increase in eSports interest with revenue, media rights, advertising, sponsorships and merchandise sales in the industry increasing year-over-year. While PC games continue to rule the eSports space, mobile games are also making a mark in the industry.

With mobile devices becoming mainstream, it’s no surprise that mobile eSports is gaining more popularity. More people, including regular gamers are making their smartphones their primary gaming device. Mobile gaming requires far less equipment than PC gaming and is easily accessible. It’s easy to see why mobile could dominate eSports in the future.

Virtual Reality (VR) technology has improved a lot in the last few years. We can expect to see more adoption of VR in mobile gaming in 2018 and beyond. A new market report by Grand View Research notes that the VR global gaming market is expected to reach over $45 billion by 2025. With increasing competitiveness between global gaming players like Microsoft, Nintendo and Sony, we can expect to see VR in mobile gaming becoming more mainstream.

As more gaming brands and startups work on improving VR technology in video games, we can expect this trend to impact growth over the years to come. If you’re thinking of jumping on the mobile VR gaming bandwagon or are already into VR, then 2018 is the year you could try out different immersive gaming experiences as more hardware designed for mobile VR is released.

Technology in almost every digital sector has been focusing on achieving deeper social engagement, and mobile gaming has not been left far behind. Today, gaming platforms have become active social havens where gamers of all types get to meet, share ideas and interact while exploring cities and blowing off zombies with huge guns. 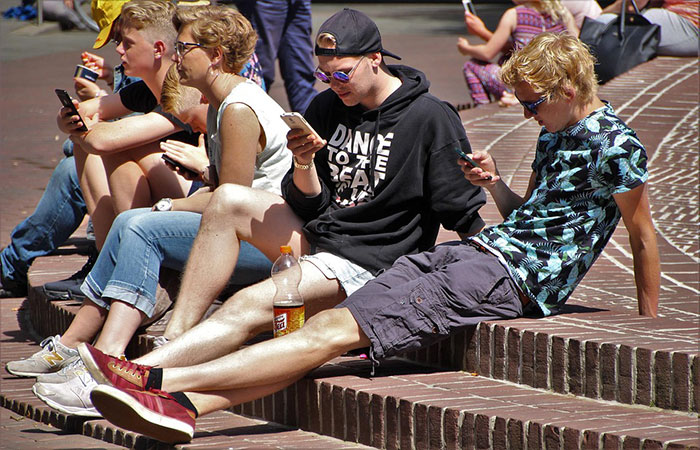 To make an impact on the next generation of young gamers, mobile gaming developers have to look at the bigger picture and create more engaging gaming platforms. In 2018, we can expect to see significant improvements in multiplayer and social features in mobile gaming that will create more opportunities to connect and engage with fellow gamers.

For an industry that has been struggling to grow for quite some time, mobile gaming is now doing pretty well. Backed by these trends, we can expect to see mobile gaming surpassing traditional gaming platforms as more people turn to the convenience of gaming on the go.