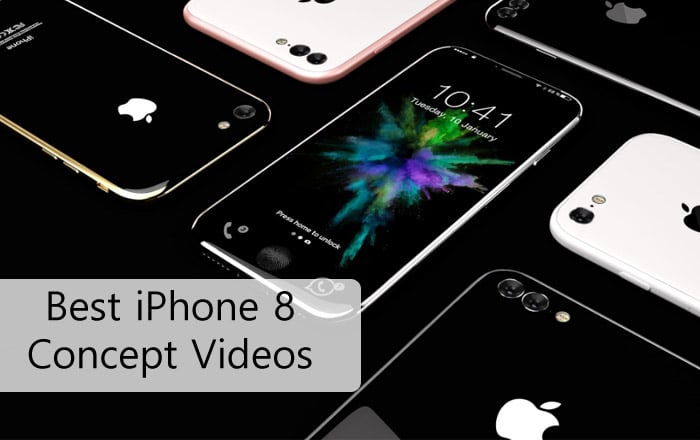 We’re finally in the year that will see Apple giving its iPhone a complete redesign, or at least we hope we are. There are huge chances of this happening, as leaks have indicated a lot of new things that the Cupertino company will be adopting with the iPhone 8.

Firstly there are rumors going around of the device having an edge-to-edge display which will do away with the top and bottom bezels. What about the selfie camera and the fingerprint scanner you ask? They will be integrated into the display itself. And all this while still maintaining the waterproofing which the previous-gen iPhone had introduced.

2017 will also mark the 10th anniversary of the iPhone, which means there’s another reason for Apple to put more effort into making the device outstanding. Technically, this is the year of the iPhone 7S, but talk on the street is that Apple will be skipping that name in favor of iPhone 8, since there are so many new innovations onboard the handset. Leaks have even indicated that this device will be ditching aluminum and going for a glass rear surface.

Now based on all the information that is available out there, a number of designers from around the world have come up with some really interesting concepts of the iPhone 8. We’ve sifted through all of them, and have created this list for those interested in viewing the best among them. 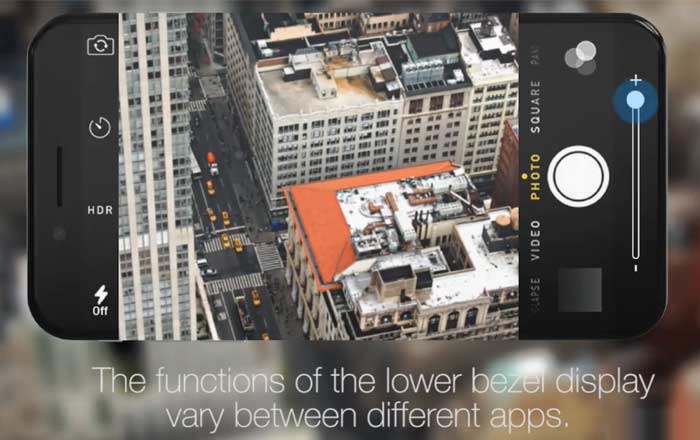 This mockup gets its name from the aforementioned fact that 2017 will be the tenth anniversary of the iPhone. Created by Imran Taylor and Ran Avni, it imagines the device to have a completely touch sensitive bottom bar which will serve different purposes based on the app which is running on it.

For instance, when the camera is being used, a slider will appear there for easy zooming. And more importantly, when there’s a notification, the bottom bar will light up to indicate that. This way, you can just swipe up on that indication to go to the notification that has just arrived. This idea is actually very much in sync with Apple’s approach, since it matches the functionality of the Touch Bar which was introduced with the latest MacBook Pro lineup. 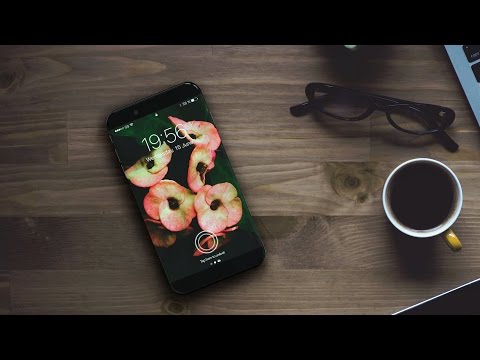 As for the fingerprint scanner, it will not form part of the bottom bar at all. It will be integrated into the display of the iPhone X. The creators of this concept have given the device a two tone appearance, wherein the frame will have a different color than the rest of the body.

If you watch the video you’ll notice that the display is clearly an edge-to-edge panel, but it does have empty space at the top. The dual camera placement is vertical rather than horizontal, which in our opinion makes the iPhone look a little ugly. Among the other things that this concept incorporates is wireless charging and even a special 3D camera technology for augmented reality effects. 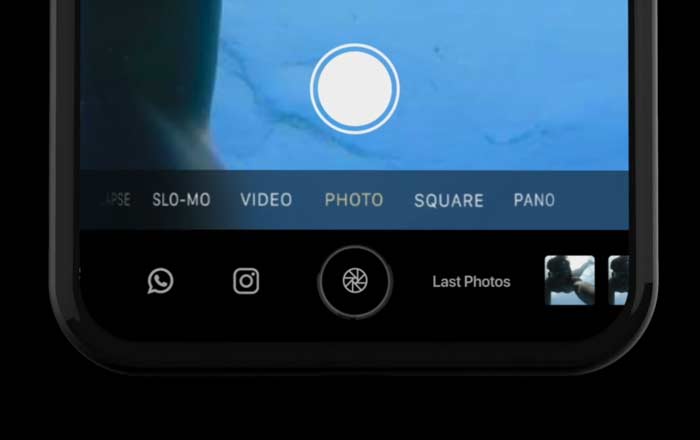 Instead of the separate secondary bottom display seen in the previous concept, this mockup shows us a tiny panel that seamlessly integrates itself into the main display and presents different functions for different apps. Moreover, it also houses a physical home button/fingerprint scanner, but that too somehow gets amalgamated into the bottom bar.

Created by Thadeu Brandão, this beautiful concept shows us a display that has bezels on none of its four sides. In keeping with the rumors, the iPhone 8 in this concept video showcases a back panel made of glass, with only the side frame containing metal. 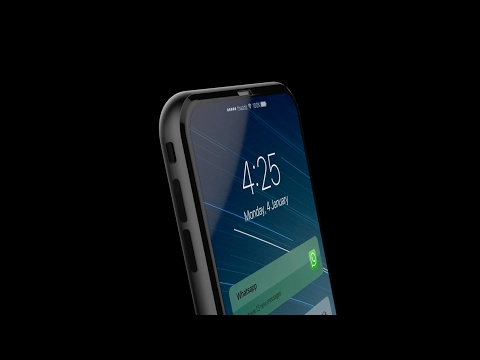 And although you’ll spot the dual rear cameras which the iPhone 7 range already offers, there’s no front camera on this concept. The artist has not mentioned why this is the case moreover.

Now Apple is known to make stupid exclusions – who can forget the 3.5mm jack fiasco – but we don’t think it’s stupid enough to not incorporate a selfie camera into its new iPhone. So that’s one thing this concept gets very wrong.

3 – Experiments with the display 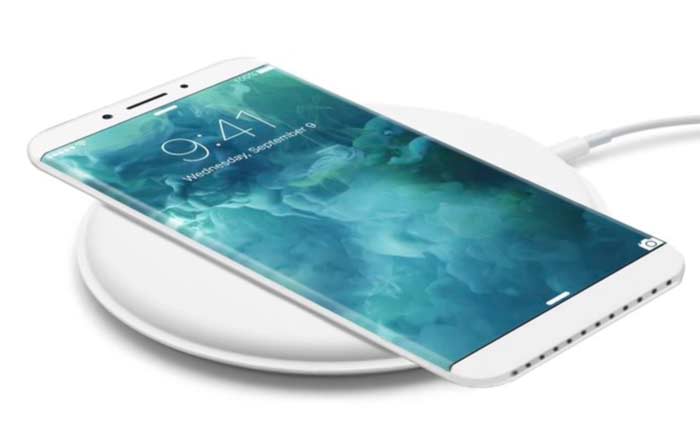 There are two different iterations of the device in this concept video by Veniamin Geskin and Ran Avni, with the focus being laid heavily on the display. As we know, an edge-to-edge display is one thing that’s very likely to make its way into the real iPhone 8. But while most other concepts are expanding their displays into the top portion, this one is keeping the top bezel intact.

The two iterations include one with a display stretching out to the very bottom of the phone and another with as thick a bottom bezel as the top one. However, the concept featuring the extended display at the bottom does not show any additional features that will be taking advantage of the extra screen estate. 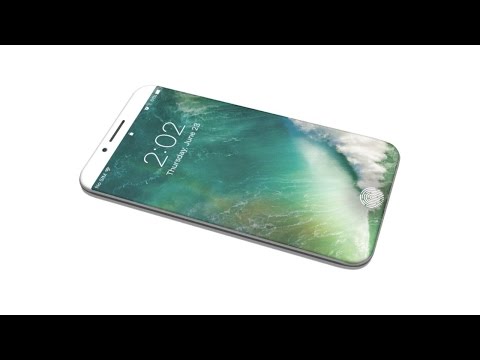 It does, however, show that the Touch ID fingerprint scanner will be integrated into the display. Something that iPhone users have been demanding since quite a long time is wireless charging, and this mockup has taken that under consideration.

It imagines that inductive wireless charging will be one of the new properties of the iPhone 8, while also showing a charging station that’s shaped like a disc. If Apple does end up offering wireless charging with its new device, we wonder how expensive its charging dock will be! 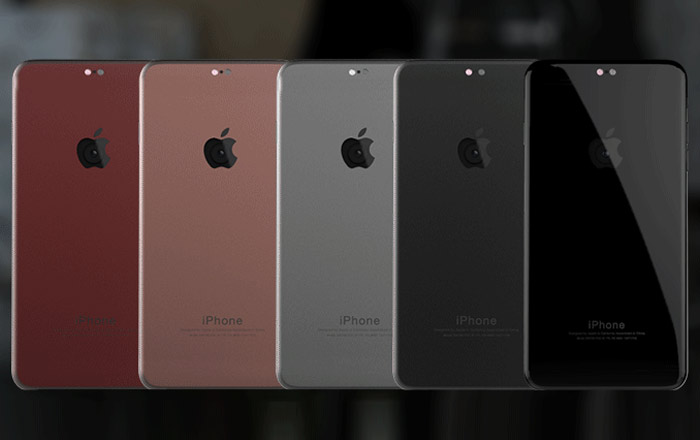 This mockup by Iskander Utebayev shows the iPhone 8 holding on to its physical Touch ID button without offering anything on the bottom bar. It does, however, offer a curved display that stretches out on both the left and right sides. This is something that we’ve already seen on the incredibly successful Samsung Galaxy S7 Edge.

But what’s more eye-grabbing than anything in this concept video is the absence of a camera on the back of the device. You only see two flash modules at the top and not the camera. That’s because it predicts an iPhone which will have its camera hidden underneath the Apple logo which is customary to every iDevice. 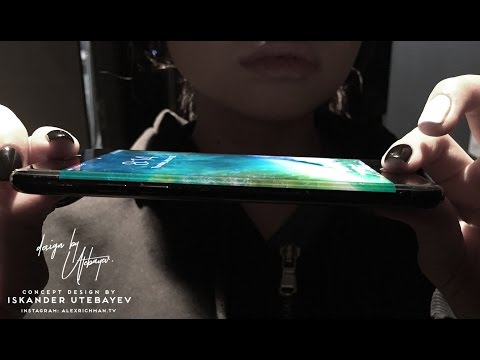 That’s quite imaginative, but the standard size of the Apple logo will not in any way allow the company to integrate a dual camera setup inside it. Though we did like the idea since it makes the rear portion look very minimalistic.

Apart from the usual colors that iPhones are offered in, this concept also includes a maroon colored model. We’re not sure if there’s any demand for this color, but it does look slick. 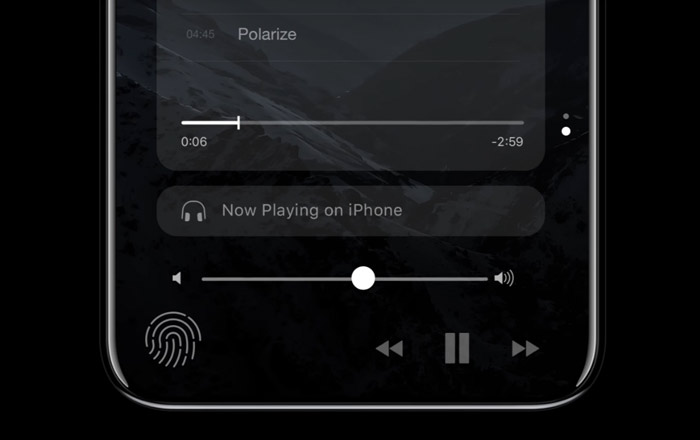 What we know already is that before Apple unveils the iPhone 8 later this year, we’ll first be treated to the software that it will bring along with it. The much awaited iOS 11 happens to be the main focus of this next concept, rather than the hardware.

Like most other mockups, this one by designer Moe Slah too imagines a fully edge-to-edge display and showcases how iOS 11 could take advantage of that. It is shown that the Touch ID sensor which will be integrated into the display will be placed on the left hand side corner rather than at the center. It is also shown to turn red when a wrong fingerprint is recognized. 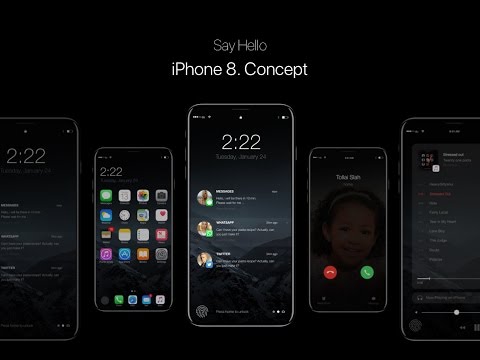 The area where the Touch ID sensor rests will always remain blank, while the area adjacent will show content based on the apps that are running. The Control Center from iOS 11 will get seamlessly blended into this bottom area and so will the play/pause controls of the music apps.

Conclusion
It’s time to detox yourself from all that you’ve just watched, as the final iPhone 8 is most likely to be very different than these concepts. But it’s never a bad thing to imagine the possibilities, and that’s what these amazing designers do. Cheers to them!