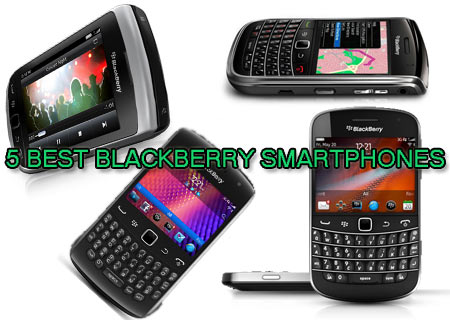 If not for anything else, the war between various smartphone platforms is a reason good enough for us to jot down a list of the 5 best BlackBerry phones you may want to run through. With the BlackBerry Messenger Service now just another reason why mobile enthusiasts are jumping over, it’s the wide availability of RIM smartphones across the globe that adds to their likeability. And the company’s just added a whole bunch of them lately which can make it quite confusing for BBM addicts planning to upgrade. 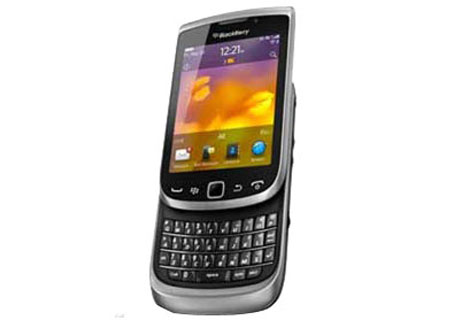 BlackBerry Torch 9810: An evolution of the original BlackBerry Torch phone, version 9810 is fitted with a crisp 3.2” touchscreen offering a VGA resolution of 600 x 480p. The powerful 1.2GHz processor is well-complemented by the new BlackBerry 7 OS in the BlackBerry Torch 9810. A full QWERTY keypad, seamless trackpad and touchscreen usability is what users can anticipate. The BlackBerry phone reiterates the fact that business phones needn’t always be boring and lets its 5MP 720p camera do much of the talking for it while arriving with an inbuilt memory capacity of 8GB. The Torch 9810 is available for only $49.99 through AT&T (approx. Rs 29,749 in India) on a 2-year contract.

Blackberry Bold 9780: Running on the now older BlackBerry 6 OS, the BlackBerry Bold 9700 is still a great handset to own. It’s dressed up stylishly and offers a fluid feel when held in the hands. Besides the fact that it incorporates a 5MP camera and is 3G-enabled, the Bold 9700 is designed for quicker page loads even with tabbed browsing. You may also like it for its social amiability that ensures a good balance between work, play and staying connected with family members. The lithium battery spruces things up with a juice of around 6 hours. A high-resolution display, integrated GPS and trackpad for seamless navigation make the phone all the more interesting. A two-year contract through T-Mobile makes the Bold 9780 available for $109.99. 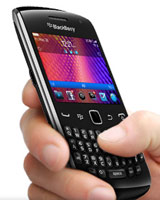 BlackBerry Curve 9350: Packing in the next-generation BlackBerry 7 OS, the BlackBerry Curve 9350 smartphone pays heed to the needs of social addicts to the hilt. Along with the new BBM that ensures nothing is missed out on, this BlackBerry phone is Facebook and Twitter integrated for connectivity right out of the box. And if you’re a business user, you can rest assured of never wasting a moment with emails and IM. The 35 key backlit narrow QWERTY keyboard wraps in committed keys for send, end (power), camera (user configurable), volume up/down, mute and lock. The phone priced at $80 is slated to be available via Sprint. 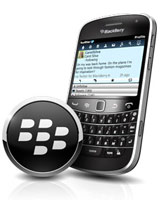 BlackBerry Bold 9900: A good looking BlackBerry phone with all the niceties the BlackBerry platform is known for, the Bold 9900 phone running on Blackberry 7 shows off a 5MP camera and a responsive 2.8-inch TFT LCD capacitive touchscreen for your pleasure. With the makers claiming the handset to be the thinnest in the BlackBerry clan yet, it includes a tactile keyboard, enabled for accurate typing. The 4G-enabled handset is horse-worked by a 1.2GHz dual-core Qualcomm CPU for improved performance. It offers a maximum talk time of 6.3 hours on GSM while also making way for Wi-Fi and Bluetooth support. The phone is being sold by T-Mobile for $299.99 with a 2-year agreement and a $50 mail-in rebate. 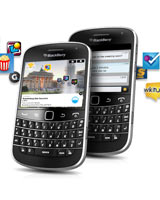 BlackBerry Bold 9930: Wrapping in features identical to the Bold 9900, the BlackBerry Bold 9930 phone is a solidly constructed handset with the same 1.2GHz Snapdragon processor and 2.8” touchscreen display. What really is the difference then? While the Bold 9900 runs on tri-band HSPA+ and quad-band GSM/EDGE networks, the Bold 9930 is enabled for dual-band CDMA/EV-DO Rev connectivity along with dual-band HSPA+ and quad-band GSM/EDGE networks. This translates into the 9930 being a truly global smartphone. If you’re someone who’s always packing and unpacking suitcases more than you’d like to, the 9930 is for you. Verizon sells the phone for $299.99 with a 2-year agreement.

These are what we think the best BlackBerry phones options available for you to choose from right now. Besides of course features specific to the phone, nearly all BlackBerry handsets are bundled with attributes like BlackBerry Maps, enhanced audio support, Voice dialing, committed media keys, Organizer and Document Editors among other things. And if you are a ‘Berry’ eater who can’t stand the taste of ‘Apple’ or a ‘Droid’ controlling you, do let us also know why you love your BlackBerry smartphone, we’re all ears!