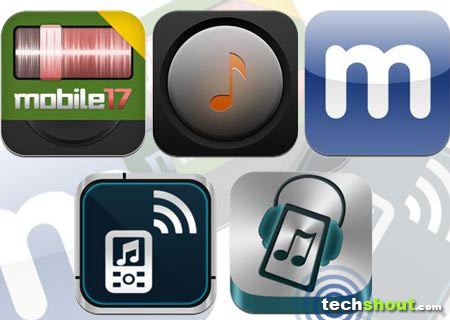 Although it’s been a while since Apple slashed off its ringtone maker from iTunes 10, setting a custom ringer on an iDevice is still one of the major problems faced by many iOS users till date and so, we’ve listed out 5 apps to create free iPhone ringtones straight from the handset. Through these applications, songs from within your iPhone library can be edited and customized by adding various effects. If you’re really tired of the same old built-in tones and prefer having your favorite tracks playing each time someone calls, texts or even tweets you, a number of tools to take on the job are available on the App Store, for a price, of course. But, if you’d rather not shell out any cash for something that you’re going to use a few times and later forget about, then our list of 5 applications for creating free iPhone ringtones are just what you’re looking for. However, since they hold a ‘free’ price tag, the only downside of these tools would be the in-app advertisements that could be a little disturbing at times. 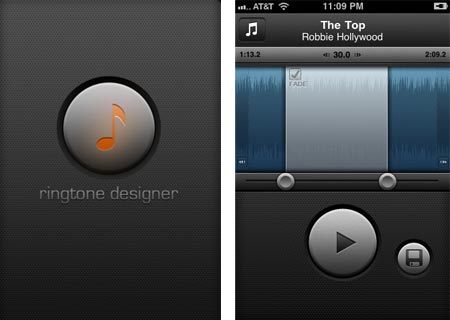 If you’re one of those users who prefers having a new tone every few days or maybe even a week, the Ringtone Designer app fits best in that category. Hosting an intuitive user interface for easy editing and creation of custom tones, the application comes with no limitations on the track’s length. That means you can have a 30 second ringer or one of a minute long. Besides these, each tone can be set for individual contacts within the address book. And, if you’re on iOS 5, the ability to set custom text tones and email alerts is also enabled. To get the edited ringtones into the Settings section of your iPhone, synchronization with iTunes is required. 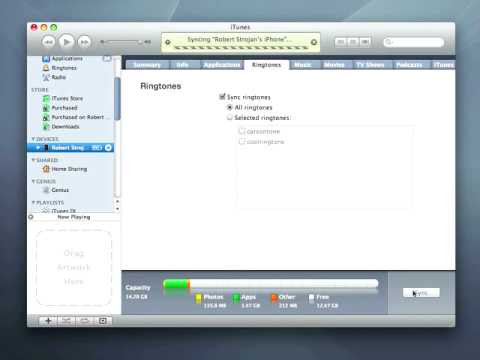 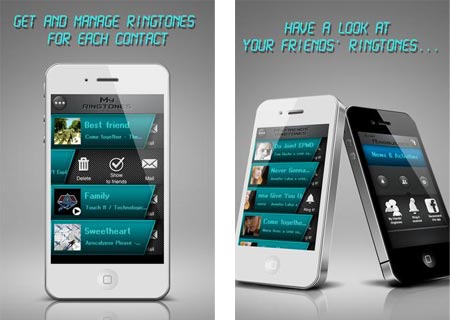 Compatible with iPhone 4, 3GS and 3G, the RingBuilder app supports file formats such as MP3, M4A, M4R and WAV. Through the capability of creating custom tones of up to 40 seconds max, the application allows you to record in real time whilst the song plays, instantly preview the edited track and also attach a personal tone for each contact. Besides effects like mixing 4 different tracks together, recording from microphone, fade-in and fade-out, you can conveniently transfer tracks through advanced features such as bump sharing and email sharing. DRM-protected files are currently not supported by RingBuilder. 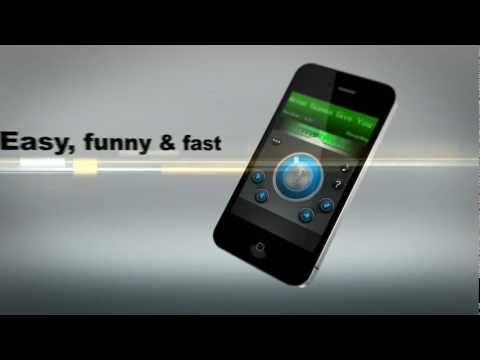 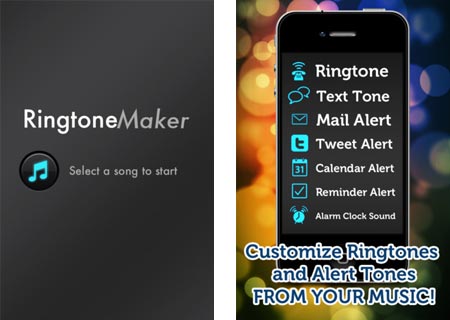 Similar to Ringtone Designer, Ringtone Maker also supports creation of unlimited tones. And, if you’re on iOS 5, the app allows you to set custom edited songs as a text tone, tweet tone, alert tone, mail tone, calendar tone and reminder tone as well. By editing straight from the handset’s music library, you can add in effects such as fade in and fade out or even record any sound through the microphone. Currently, Ringtone Maker doesn’t do DRM protected M4P files. 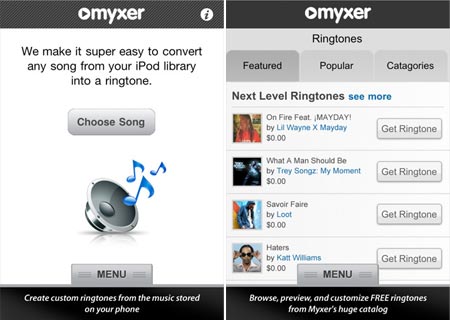 Fourth on our list of apps to create free iPhone ringtones is Myxer. Unlike the other apps we’ve mentioned, Myxer Ringtones not only allows you to create custom tones from music stored on your iPhone, but also permits you to browse through, preview and choose from the company’s wide catalog of free pre-edited tracks. And, if you’re still not happy with the ones you’ve downloaded, you can further customize each song to your liking by cutting the song down to the precise time desired. 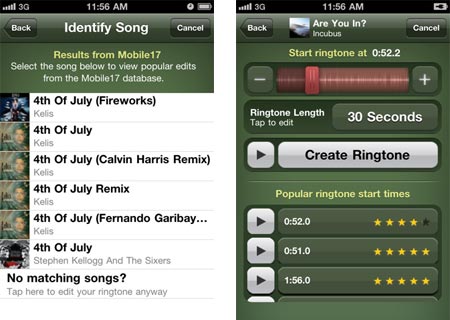 Supporting all devices running on iOS 4 or later, the Ringtone Maker app from Mobile17 comes with the ability to create an unlimited amount of ringtones. Built based on the technology utilized by the company’s web service, you can edit songs of your choice in custom defined lengths of up to 40 seconds or choose from available tones edited and saved by users online. Additionally, the application features drag-and-drop fine-tuned editing controls and support for formats such as MP3 and M4A. 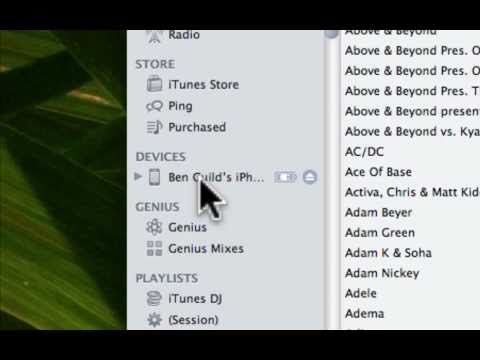 Now that we’ve listed out 5 apps to create free iPhone ringtones, setting your favorite songs to play whenever you receive a call, text or even a tweet should be a piece of cake. Do remember some of these tools require you to synchronize with iTunes for the edited file to show up as a ringtone. Also, if those in-app advertisements are getting you all worked up, there’s always a paid option available for each of the aforementioned applications. So get to it and do let us know which of these tools worked best for you.