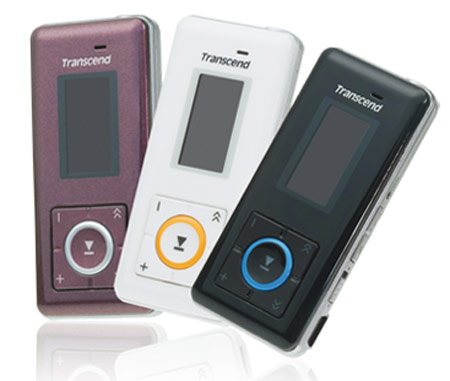 The Transcend Tsonic 630 series of MP3 players are very versatile, and incorporates Advanced Digital Recording features, which include the ability to record using its built-in microphone, its external microphone or even a Line-In device.

A great function that is available on the Transcend T.sonic 630 MP3 player is the Line-In function, which allows the user to conveniently record music directly from a CD player. Additionally, the Advanced Digital Voice Recorder can be used to record memos to oneself, or even from others.

Another brilliant feature of the T.sonic 630 MP3 player is its a-B repeat function, which allows users to replay a designated section of a track, and when combined with the player’s adjustable Variable Track Playback speed control, one is also able to get the benefits of a great language learning tool.

The Transcend T.sonic 630 MP3 player also features One-Touch Recording, even when it is switched off. Then there are also other great features such as 7 Equalizer effects, with a customizable USER EQ mode, Scheduled Recordings, and Microsoft Recording, as well as support for filename and song/artist title display in 12 user languages.

The transcend T.sonic 630 MP3 player is available in three high capacities of 1GB, 2GB and 4GB. The 1GB player comes in an Orchid color, while the 2GB in White and 4GB in Black.

So all these brilliant features packed into Transcend’s new T.sonic 630 MP3 player, makes it quite a steal, and of course can also be a great gift this holiday season.