If reports are true, then the Xolo LT900 would be able to boast of itself as one of the very few 4G-enabled smartphones available in India. Apparently, this leaked device is set to be made available in the first week of November, just in time for the festive season, and judging by its rumored specifications, it does sound like a phone to look forward to.

GSMArena has got an inside scoop from its tipster regarding the Xolo LT900 which has even been rendered in the press shot below. The 4G branding can be clearly spotted at the bottom of its rear surface. Moreover, the image goes on to reveal that a dual LED flash will be making its way onto the device as well. 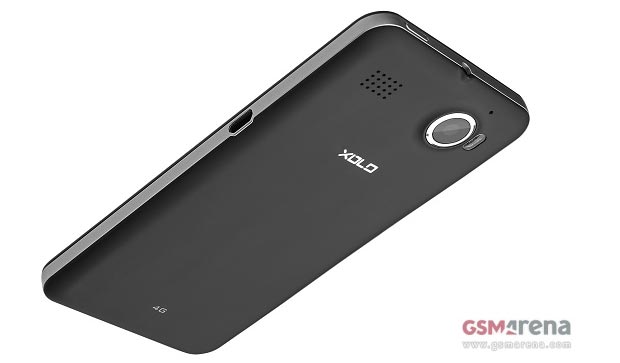 Xolo’s first ever 4G handset is tipped to have been equipped with a 4.3-inch HD IPS OGS display. This advanced monitor will supposedly carry a pixel density of 341ppi. Underneath its hood, the Xolo LT900 will house a Qualcomm Snapdragon S4 processor running at a clock speed of 1.5GHz. The imaging attributes of the handset will purportedly be highlighted by its 8MP BSI sensor.

No word is out yet about any other specifications of the LT900. Nor are there any details regarding its pricing. The 4G boom in India is still at its very early stages, with Airtel being the only network operator offering the said service at the moment; and that too in select territories – Bangalore, Pune, Kolkata, and Chandigarh. Reliance is apparently gearing up to launch its own 4G brand soon.

And with handset manufacturers having also started recognizing the need to deploy 4G devices in the Indian markets, the wave that would change the wireless landscape in the country isn’t too far now. We’ll have more on the Xolo LT900 when added details about the smartphone are out.