4G LTE BlackBerry PlayBook is official, debuts in Canada first, then the world 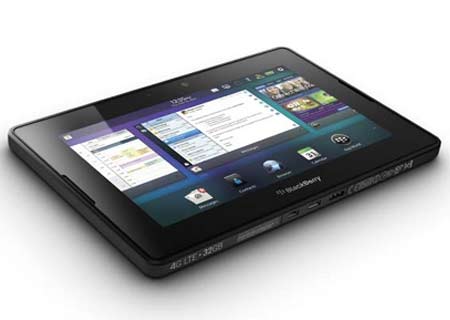 Out of the rumor mill and into the wild, the 4G LTE BlackBerry PlayBook is now alive and is soon to be available for purchase in Canada. The tablet arrives pre-loaded with OS 2.0.1 and it’s expected to reach the US, Europe, South Africa, Latin America and the Caribbean shores in the coming months.

In appearance and dimensions, the new Playbook looks no different from its predecessor. It measures 10mm in thickness and tips the scales at 425 grams. A 7-inch WSVGA LCD capacitive display sits on the front, portraying resolutions of 1024 x 600 pixels. The 4G LTE BlackBerry PlayBook’s innards are equipped with a bumped up 1.5GHz processor compared to the 1GHz one on the Wi-Fi only variant, and 1GB of RAM amongst others. The specifications remain the same for other components.

“The BlackBerry PlayBook tablet is already designed to be portable and easy to bring along wherever you go. Now you can enjoy cellular network access with the 4G LTE BlackBerry PlayBook tablet, so there’s no need to be within range of Wi-Fi to experience the web, check your email, or download the latest apps. Simply purchase a Micro SIM card and data plan from your wireless service provider, and whether you’re in the park, around town, or on the beach, you’ll be able to stay connected wherever you have mobile coverage,” states Donny H., Blog Manager for the Inside BlackBerry blog.

Unlike the previous version which arrived in different memory choices, this tablet only comes with a 32GB built-in storage capacity for now. Additionally, users won’t have to rely on a BlackBerry smartphone and the Bridge Browser tool to access the internet as the new release packs in support for 4G LTE networks through an integrated micro SIM slot.

The 4G LTE BlackBerry PlayBook release date is pegged for an August 9 launch. Price details haven’t been officially disclosed as yet.