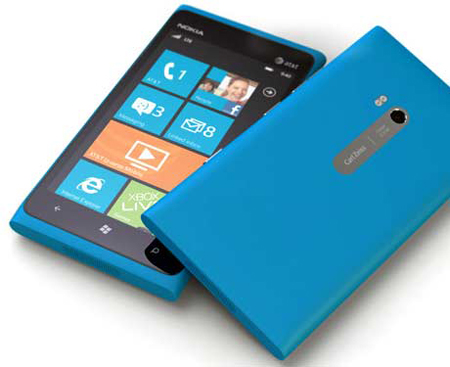 The much awaited Windows Phone based Nokia Lumia 900 has finally gone up for sale in the US through AT&T. The launch of the device followed a kickoff event held at Times Square in New York City, which was anchored by Nicki Minaj, highlights the Nokia conversations blog.

This latest member of the Lumia series of phones, dons a 480 x 800p ClearBlack AMOLED display with a multi-touch real estate spanning 4.3 inches. The 4G LTE enabled device runs the Mango mobile platform and tries to delivers a fast and enhanced internet surfing experience due to pre-loaded facilities like Internet Explorer 9, HTML5 support and Bing.

First in the Lumia lineup to come armed with a front-facing camera, the 1MP webcam with an f2.4 aperture can also record footage besides facilitating video conferencing on the move. The smartphone is equipped with a main 8MP shooter that possesses attributes like Carl Zeiss optics, auto focus, dual LED flash, f2.2 wide aperture and wide angle focal length of 28mm. It is built to be capable of clicking clear pictures even in poorly lit conditions. 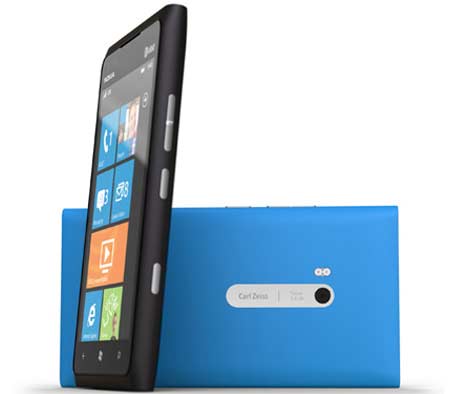 Currently available in shades of cyan and matte black, the carrier intends to bring out the whitewashed version of the device later this month, or April 22 to be more precise. The 1830mAh battery dropped into the chassis should cough up the juice for 2G talk time of about 7 hours on a single charge.

The Nokia Lumia 900 price and availability details reveal that it is now up for grabs for $99.99 via AT&T. It requires a two-year contract and qualifying data plan.