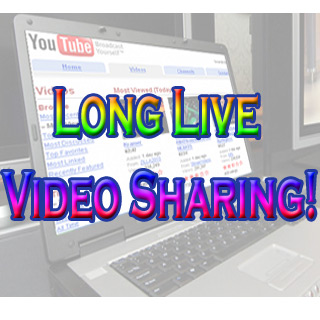 A major section, constituting to 48% of internet users are now making use of various video sharing websites frequently, concludes a newly conducted survey by Pew Internet and American Life Project. This figure has gone up 45% from a 33% share that was reported by the organization during a similar study that was carried out in December 2006.

The Pew Internet and American Life Project notes that the surge is essentially due to the increased usage of such sites by men, younger adults (those under age 30), and college graduates. Around a third of young adults having an internet connection (30%) and one fifth of online men (20%) watch a video on any typical day, while 15% of users watch or post a video, up from 8% a year ago.

And women aren’t far away either. The survey found that 11% of women watch online videos on any typical day, 14% of 30-49 year olds and 13% of high school graduates now visit sites such as YouTube.

Another attributed to the drastic rise is the broad availability of broadband connections. While the 2006 survey had revealed that 45% of all American adults had broadband at home, in the latest survey the numbers have literally taken a turn and now it’s 54% of adults who reportedly claim to have high-speed connections at home.

The survey was conducted on 2054 American adults, which included 1,359 Internet users who were asked about video sharing. The survey was carried out from Oct. 24 to Dec. 2. Most of the questions had a margin of sampling error of plus or minus 3 percentage points. Random calls were also made to mobile phones to reach youths and tech-heavy adults who do not have the conventional phones.

In fact, just a few days back we had reported about how online shopping too had seen a major increase during 2007-end. While a comScore report stated that online shopping grew 25% a week before Christmas 2007, the year that was is also touted to be the busiest season for Amazon. In all, there’s only one thing that we can conclude out of all this – the present day world indeed has totally been caught in the web of the web!