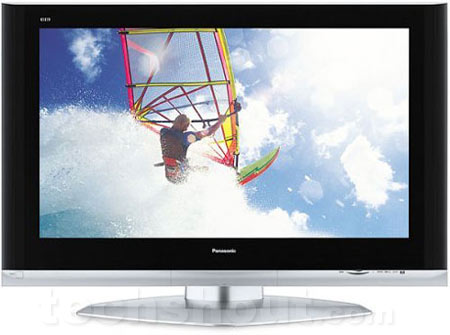 According to Mr.Shunzo Ushimaru, Executive Vice President in charge of Domestic Consumer Marketing at Panasonic, “In the growing flat-panel TV market, domestic shipments of plasma TVs increased 165 per cent during the period April 2006 to January 2007, outpacing LCD TV’s growth of 136 per cent. Speaking of size, demand for 42- and 50-inch panels has sharply increased since late last year.”

The 1080 VIERA TVs have a moving-picture resolution of over 900 lines. Thus these plasma TVs not only deliver outstanding still images, but also display high-speed moving images like Olympic Games and Formula One car racing sharply. Besides, these four new models feature a newly-developed anti-glare panel that reduces screen glare and reflective light that could occur in a bright environment.

The all new VIERA TV series pack as many as 2.07 million (1920 x 1080) pixels into the 42-inch panel by developing thinner ribs and new fluorescent materials.

The new VIERA plasma TVs use the new High Definition PEAKs technology (Picture Enhancement Accelerator with Kinetic System). Because of this, the TVs are able to produce rich black, many steps of gradation, tru-to-life colors and stunning 4,000:1 contrast.

In spite of incorporating such advanced features, the new VIERA TVs are surpisingly easy to use.

The 42-inch TH-42PZ700SK and TH-42PZ700 and the 50-inch TH50PZ700SK and TH-50PZ700 come with an SDHC (SD High Capacity) memory card slot that lets users view on a large-screen TV, photos or AVCHD standard videos shot with a LUMIX digital still camera or HD video camera. Just by placing the card in the slot, it is ready for playing without a hassle of wiring.