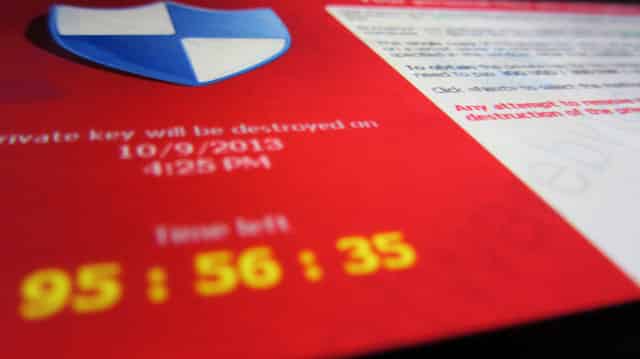 Proper network security is a safeguard against apocalyptic business tragedy. Think of it as insurance against your waking up one day to discover that your company is collapsing. You can prevent the worst case scenarios simply by taking a few preventive steps. Here are four security threats where prevention is key.

Imagine running a business where your clients or mere strangers off the streets could sell your items back to you. Even worse, you have no negotiating leverage and must pay whatever they ask. That’s effectively how ransomware works. A computer hacker infects your critical data with malware. If you don’t pay their ransom fee, they destroy your data, thereby erasing your company’s ability to function.

Ransomware is a scary threat. Even worse, the FBI reports that instances of ransomware are on the rise. Server backups are one of the best security practices you can use to prevent ransomware. Backups that perform versioning automatically save older, working versions of your files. Rather than pay ransomware, you can simply roll back your files to the time prior to infection.

Even if your company now employs cloud storage, you still have hard drives in every laptop and desktop computer. Each time you upgrade and discard one of these devices, you’re creating a security breach. Some shady people troll sanitation dumps. Their primary goal is to unearth hard drives that store vital information about large companies. They can restore these drives to working order and gain access to your data.

This is a glaring security hole that’s easy to prevent. Get in the habit of shredding every hard drive your company is ready to discard. The way to do this is by preventing the drive platters from spinning. Train a member of your staff to disassemble a hard drive. They’ll gain responsibility for this task, and you’ll vastly improve the security of your data.

Use Strong Passwords and Security

The infamous Sony hack cost the company millions of dollars and led to a maelstrom of negative publicity. The worst part of this corporate disaster was that it was preventable. Sony’s IT staff acted negligently in modernizing their system. Employees accessed the corporate servers by using text character passwords. That’s the technology of 1995 rather than today.

What you can learn from Sony’s misfortune is that security requires diligence. You must allow for emerging technologies, always maintaining the focus on optimal security. If a new system better protects the passwords of your employees, switch to it rather than languishing under an outdated, less secure system.

Sending business to outside companies, especially ones in foreign countries where the dollar is stronger, seems appealing. It’s actually a huge data risk. You don’t know the qualifications of IT professionals that you don’t interview yourself. They could provide flawed systems that are easy to breach. Alternately, they could introduce backdoors into your servers, selling these security holes to the highest bidder. You might save money in the short-term by outsourcing, but it could cost you more overall.

The key to proper network security is understanding your weaknesses. Evaluate your company in the four areas above. If you any of them worries you, take the proper steps now to prevent future disaster.