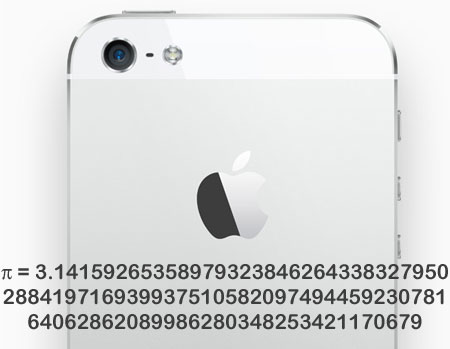 The iPhone Math, a 4.8-incher is becoming the latest Apple device to join the multitude of rumors floating around. We recently ‘heard’ about the company’s strategy to launch new products at a half-yearly rate, and that soon we could see a retina display iPad mini. And not too long ago there was speculation that we would see a smart watch to control the mobile device.

This one comes via Mac Rumors which cites new information trickling down from the China Times as translated by BrightWire. And true to its name, the web site reports that the iPhone Math as it’s called, could well be something lost in translation, as it seems unlikely that a new Apple smartphone will bear such a moniker, judging by the company’s past. 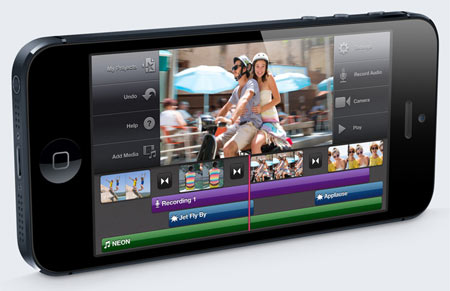 The report further says that there will be two new models introduced in June – a 5S version of Cupertino’s latest handset and the aforementioned device. The latter will apparently come with a 4.8-inch screen, while both are said to be on the receiving end of an 8MP camera. Additionally, a third model is to be introduced before the year’s end and is expected to come with a 12MP snapper.

Now maybe Apple is just reacting to the host of high-end devices we saw explode at this year’s CES. And while a ton of 1080p mobile phones stole the show, the multinational is probably rethinking its business strategy in order to keep up with the rest of the OEMs that have been jumping into a space once dominated by the California company. 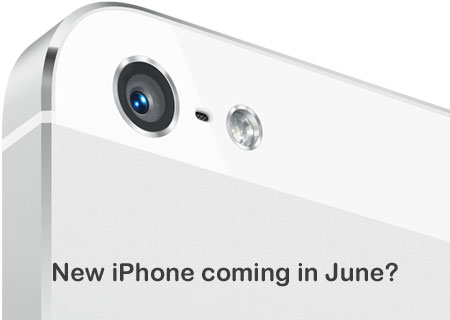 And as Mac Rumors reports, detailed information regarding the manufacturers, suppliers and production times of the phone has been revealed in the rumor. The web site further points out that this isn’t the first time we’re seeing ‘signs’ of a larger iPhone model, although the buzz died down soon after the talk started. Some rumors meanwhile have suggested the opposite, claiming that a new smaller device is in the pipeline, targeted at emerging markets.

The fate of the iPhone Math is a complete cliffhanger as it stands (just like the ’69 moon landing). And whether or not we are in line to see a larger 4.8-inch iDevice is still very debatable. But if true, Apple’s ‘policy’ to launch new devices every six months is sure to irk prudent fans.