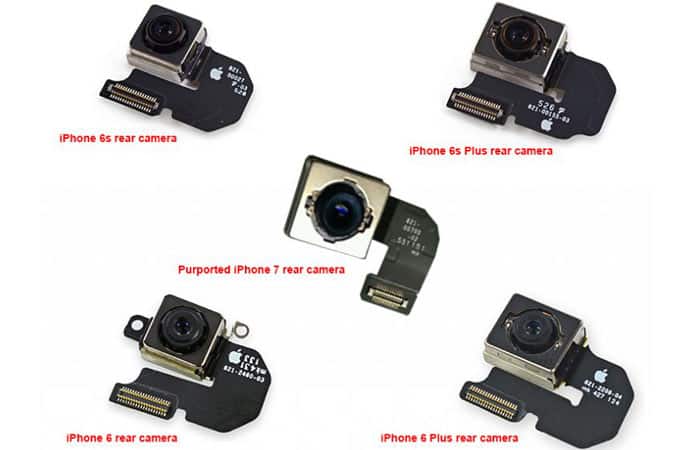 Rumors about the iPhone 7 have been flying thick and fast over the past couple of months, increasing in frequency as we get closer to its launch. While most of the attention has been devoted to the Plus variant’s dual cameras, not much has been said about the smaller model’s snapper.

As it turns out, Apple may be planning a significant upgrade for the 4.7-inch iPhone 7’s shooter. A freshly leaked image sourced by Steve Hemmerstoffer indicates that the company is looking to equip the unit with optical image stabilization (OIS). The feature helps reduce blur and increase the clarity of images.

Several smartphones nowadays offer OIS, so it’s not exactly a rarity. Apple itself had introduced the tool for the iPhone 6 Plus but not the iPhone 6. It continued this pattern for the iPhone 6S Plus and iPhone 6S. The iPhone 7 might just break this formula finally.

The proof for this can be seen in the new snapshot of past and future iPhone camera modules. While the iPhone 6 and 6S feature a round ring without any grooves, the OIS-equipped iPhone 6 Plus and 6S Plus sport four small cutouts which house springs and equipment to make way for the lens to float slightly.

The iPhone 7’s camera component appears to hold the same set of grooves. This could be a clear hint that Apple will furnish the device with OIS. Previous rumors had indicated that this might happen. The new photo effectively provides the first visual confirmation of this speculation.

Other than optical image stabilization, the iPhone 7 reportedly flaunts a slightly bigger camera unit which blends with the rest of the phone rather than being separated from it by a ring. The handset is expected to make its debut on September 7 before hitting stores on September 23.