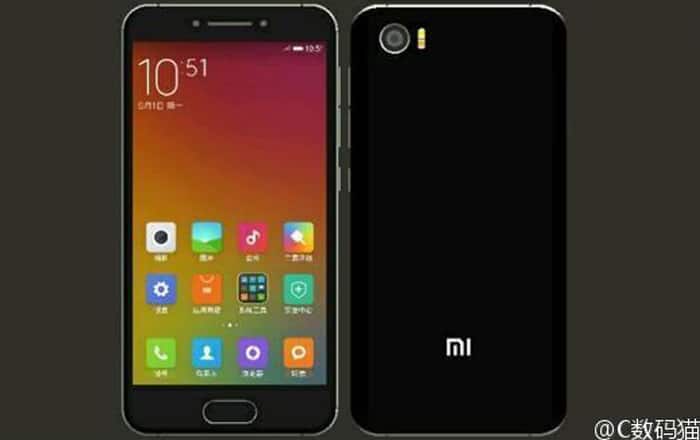 Xiaomi is apparently working on a 4.6-inch handset called the Mi S, stuffing flagship-worthy specs within a compact body. News of the phone comes via a Weibo leak which showcases 7 renders of the device alongside its features.

The name Mi S may well be a code name or dummy given the fact that Xiaomi doesn’t have a Mi S series of phones. Chances are the final smartphone will bear a different moniker. There’s a possibility the leak is fake given the less-than-professional look of the images.

Still, if there is indeed a Mi S in the works, the handset might bear a top-of-the-line Qualcomm Snapdragon 821 processor to power its operations. In terms of memory, it could contain 4GB of RAM and 128GB of internal room.

The alleged Xiaomi offering is supposedly going to output a 1080p resolution from its 4.6-inch screen and be layered with 2.5D glass. Its back may carry a 12MP Sony IMX378 camera with dual-LED flash, 4K video recording, an aperture of f/2.0, and phase detection autofocus. The unit might get paired with a 4MP selfie snapper which also offers an aperture of f/2.0 and 1080p video recording.

The report also indicates that the Mi S will sport a 2600mAh battery which is set to receive the added benefit of Qualcomm’s Quick Charge 3.0 technology. Other notable specs include a USB Type-C port, 3.5mm headphone jack, and NFC support. It might measure 128.3 x 64.2 x 8.2mm with regards to dimensions and weight in at 138g.

We’ll let you know more about the Mi S as and when more information about the handset trickles in.