Asus previously revealed that two versions of the Zenfone 4 would be made available in India, but it’s only now that it has started offering the A450CG model. Compared to the A400CG variant which has been on sale since the series’ launch back in July, the new one offers a larger display of 4.5 inches and there are a few other modifications to the hardware.

Design-wise, the Asus Zenfone 4 A450CG looks no different from its smaller sibling and it also runs on Android 4.4 KitKat out of the box. Compared to the latter that offers a 5MP rear camera and a 16000mAh battery, the new model packs an 8MP snapper and a 1750mAh cell. 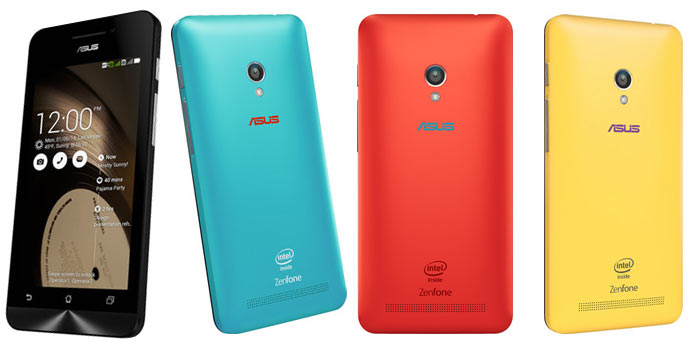 The stronger battery can deliver a total of 13 hours talktime or around 255 hours on standby. Apart from the aforesaid changes, no other alterations have been made to the smartphone. The display is coated with Corning Gorilla Glass 3 and is accompanied by a VGA snapper.

Also read: Asus ZenFone smartphones will have successors, and why shouldn’t they?

The Asus Zenfone 4 A450CG can currently be pre-ordered through Flipkart at Rs 6999 and it’s available in colors of charcoal black, cherry red, solar yellow, pearl white and sky blue. The listing suggests that the handset will be release in the first week of September.