Finally, the official launch date of the legendary 3G iPhone in India has been announced. Bharti Airtel and Vodafone Essar, the two leading carriers in India will be providing the touch-screen mobile phone in the country on August 22. 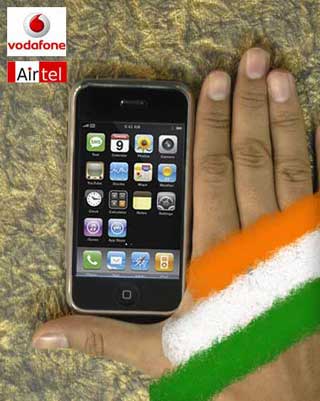 “iPhone has been an iconic technological revelation of this year and Airtel has been at the forefront of innovation and customer delight in the Indian telecom sector,” said President, Bharti Airtel mobile services, Sanjay Kapoor.

Also, Airtel and Vodafone had started pre-registering of iPhone on their official websites. The 3G iPhone has been priced around $199 and $299 as per the capacity and the contract bundled with the phone. However, the price details of the iPhone in India have not been released.

The 3G iPhone features the high-speed 3G network connectivity that is double the speed of the earlier iPhone. Also, its touch-screen feature has attained a cult status which is why users across the world are looking forward to the 3G iPhone’s launch in their respective countries. Apparently, the phone had already hit the 1 million sold mark in just 3 days of its launch in other parts of the world in the month of June.