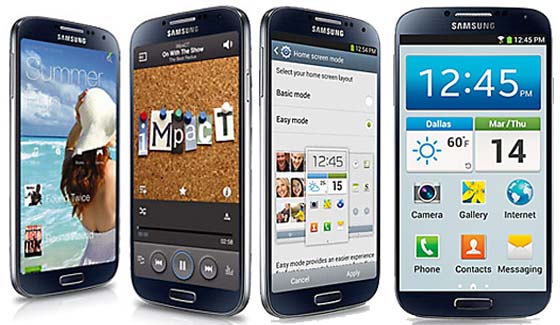 Verizon has finally decided to pin down the 32GB Samsung Galaxy S4 price and release date. This is over a month after the smartphone’s 16GB variant landed at the carrier’s doorstep. Customers who have direly been waiting for Samsung and the service provider to break this news are now a step closer to purchasing the device as it is up for pre-order through the latter’s official site at $299.99.

Although the Samsung Galaxy S4 has mostly received acclamation for its top-notch specifications like the 5-inch Super AMOLED full HD touch panel and quad core Qualcomm Snapdragon 600 chipset, it is the device’s features which aim at setting it apart from the rest. Out of the freshly introduced attributes, the ones that managed to stand out demand the complete participation of the onboard 2MP webcam.

For instance, there is Smart Pause which is known to halt a video when users avert their gaze and the main 13MP shutter as well as the front-mounted one can be seen in action simultaneously, while employing the Dual Camera function. The Samsung phone doubles as a remote control for television sets, set-top-boxes and even ACs. 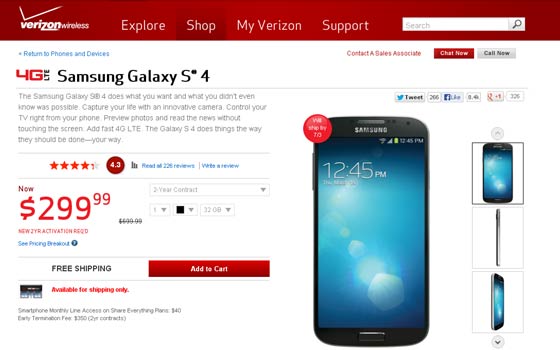 The 16GB Samsung Galaxy S4 is currently up for grabs at $199.99. As is obvious, interested parties will have to sign a fresh two-year contract with the carrier, if they wish to buy the device at a relatively low retail value.

But those who would rather wait for the 32GB variant of the Samsung Galaxy S4 must know that it will be released on July 3 at the aforementioned price, clubbed with a two-year contract. If an agreement is not their cup of tea, US residents could lay claim over the handset at $699.99 together with a month-to-month service.