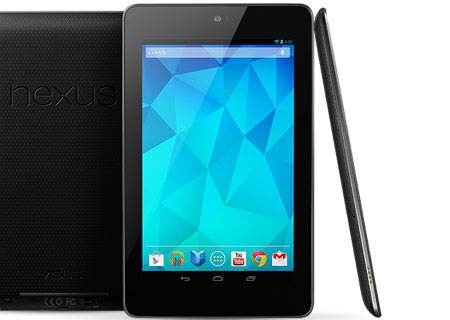 Asus has taken the liberty to disclose the Google tablet going by the name Nexus 7 32GB Wi-Fi in India for those who didn’t want the 3G variant which was available for purchase at Rs. 21,999. Well, the Mountain View giant has now made the high capacity version official by putting it on sale through the Play store, albeit the cellular one is still nowhere to be found.

Back in November of last year, the Google Nexus 7 32GB Wi-Fi arrived in the country carrying an unpleasant retail amount. That was owing to it being put up for grabs without authentication by the search giant. However, when launched through Google, the base model’s amount dropped to match the appropriate sum. As most are aware, the device comes with pure Android, sans any modifications to the UI. 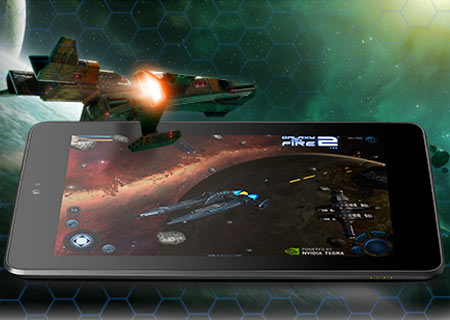 The Play store is the main point of attraction here as it provides access to a plethora of applications, games, movies and even books. What’s more, various Google services are preloaded such as Now, Plus, Gmail, YouTube, Chrome and more. With the quad core Nvidia Tegra 3 processor on-board, users will be able to smoothly carry out operations and the inclusion of 1GB RAM enables them to run demanding tasks like multi-tab browsing and playing graphically enriched games.

Visuals are delivered through a 7-inch IPS display on the front which is accompanied by a 1.2MP camera for video calling. With the 4325mAh battery fully charged, the slate is capable of delivering up to 10 hours of web browsing or 300 hours of standby. There are the usual set of sensors included as well, such as an accelerometer, magnetometer and gyroscope. 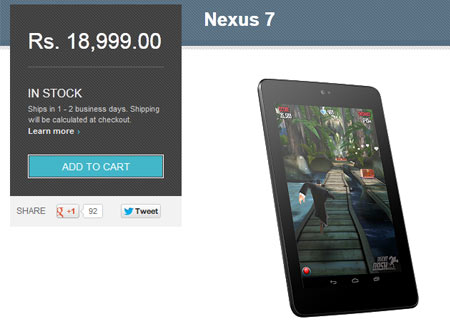 Those interested in purchasing the Google Nexus 7 32GB Wi-Fi can now do so by heading over to the Devices section in the Play store for India. The tablet currently carries a price of Rs. 18,999, while the 16GB option is retailing for Rs. 15,999. The cellular version is on sale via Asus for Rs. 21,999. 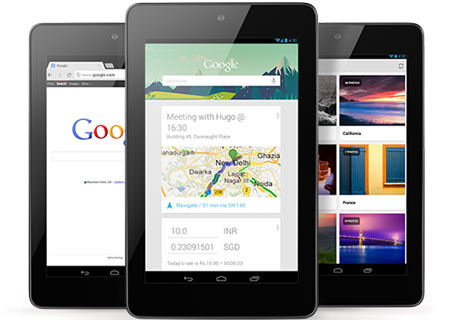 Here’s a quick glance at the specifications: