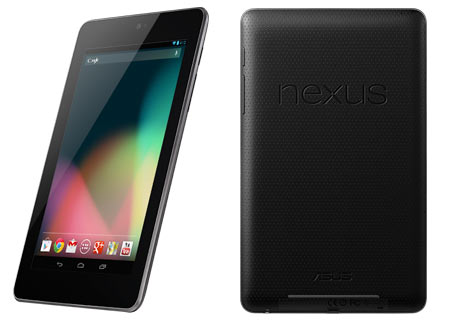 The 32GB Nexus 7 release date is speculated to fall this month, proving that Google seems to be taking the competition seriously. This particular variant has been under the limelight these past few days after being spotted on various online retailers.

They guys over at Droid Life recently managed to get a screenshot of the high-capacity version which showed up through a listing at a Carphone Warehouse store in the UK. While this brought up the possibility of Google having a new variant of its Nexus tablet in the works, a few readers managed to stumble upon a Nexus 7 32GB version in the retailer’s purchasing system. Based on details provided by a source, the report states that the reseller is apparently expecting a shipment of the Android-powered slate on October 24 and that it would be some sort of a ‘special model.’

The tablet was unveiled in 2 variants, namely 8GB and 16GB, and it was reported to be sold out just a few days after shipping was commenced in the US. While a quad core processor clubbed with a low price tag proved appealing enough for rendering high-demand, Google could be falling short here as the internal memory is limited. Devices such as the Kindle Fire HD can be picked up in a 32GB option and the Nook HD has the same built-in memory as the 7 plus a microSD card slot. This could possibly be the main reason behind a higher capacity version of the slate.

In addition to a release date for the 32GB Nexus 7, there have already been rumors of a 3G-ready variant being in the works. Both options are rumored to launch sometime this month. 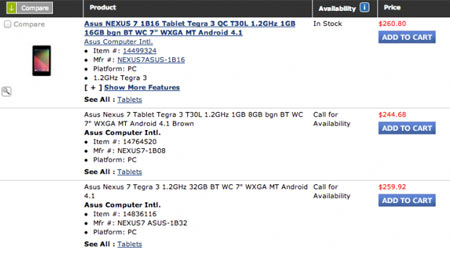