32GB Nexus 10 out of stock as well, could Google finally be launching a refresh?

A few months back, the Google Nexus 10 went out of stock on the Play store. This brought many to the conclusion that the search giant may well be ready to announce a successor to its 10.1-inch Android tablet. Well, that didn’t turn out as expected. You see, only the 16GB model wasn’t available, but there was ample inventory of the 32GB version which has now been depleted.

Over the months, Google didn’t replenish stock for the 16GB version and we expect the same thing to happen to the 32GB model. Phandroid also notes that the possibility of new inventory arriving anytime soon isn’t a likely scenario. As you’re probably aware, the Nexus 10 tablet was launched back in 2012 which is over a year ago and there have been numerous rumors about a successor. 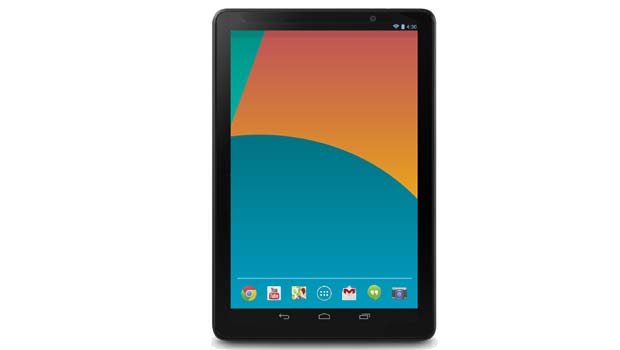 Various reports initially surfaced noting that Samsung will be the one to make the new Nexus 10 as well, but that was cleared up with new leaks showing Asus as the tablet’s manufacturer showed up. There’s no concrete information on the slate as yet and so far, only a press render has managed to leak which may or may not be authentic (see the image above).

What’s certain is that the device will be an upgrade to the current Nexus 10 which has a 2560 x 1600p 10.1-inch screen. The refreshed tablet could house a 2K display which is rising in popularity of lately and the latest version of Android is a no-brainer. Some reports have noted that Google will launch the device with a 64-bit processor which is highly possible. However, a 64-bit optimized version of Android isn’t expected until the second half of 2014.

If the Nexus 10 going out of stock on the Play store is of any indication that a refreshed version is in the pipeline, Google might not be far off from unveiling a new 10.1-inch Android tablet.