Apple’s decision to move towards a 32GB base model for the iPhone 7 was greeted with enthusiasm by many who felt the shift was long overdue. However, it seems the company has compromised on the model’s performance, at least when compared against the higher capacity versions of the phone.

This surprising revelation has come to attention through popular YouTuber Lewis Hilsenteger via his Unbox Therapy channel. According to his findings, the 32GB iPhone 7 and iPhone 7 Plus are significantly slower in terms of storage speed when pitted against the 128GB and 256GB versions of the smartphones.

Hilsenteger demonstrated his results by comparing the 32GB and 256GB iPhone 7 in the video below. The first round of testing commenced by using the PerformanceTest Mobile app to compare the two’s read and write rates. The handsets didn’t have a huge gulf between them when it came to read speed, but the same can’t be said for the write speed.

The 32GB iPhone 7 writes data at 42MB/s and the 256GB one at 341MB/s. This essentially makes the former 8 times slower than the latter. Hilsenteger then proceeded to undertake a more real-world test which involved transferring a movie from his laptop to the phones.

The base iPhone 7 was moving at a lower rate in this evaluation as well. It took 3 minutes and 40 seconds to transfer the file, while the 256GB took 2 minutes and 34 seconds. Unbox Therapy’s discovery is further backed up by a previous GSMArena test which found that the 32GB iteration was slower than the roomier models.

GSMArena theorizes that the major difference may be coming about as a result of Apple utilizing different vendors for the iPhone 7’s storage chips and may not necessarily have anything to do with storage size. In any case, you’d be better off buying the higher capacity versions if speed matters to you. 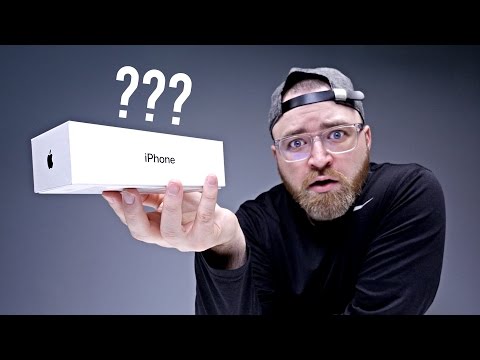