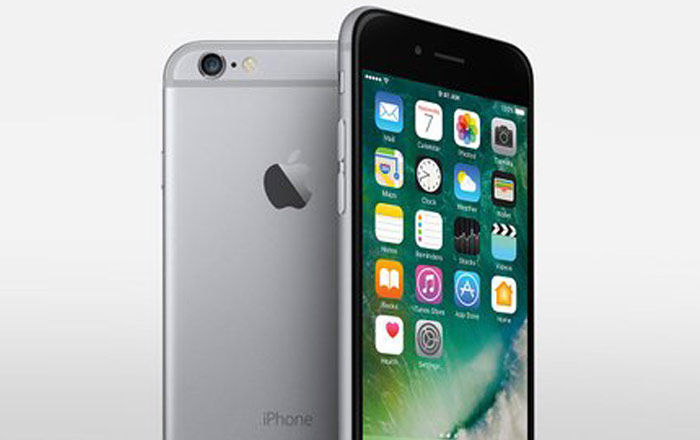 An all-new 32GB iPhone 6 recently popped up for sale in China without Apple officially announcing the handset. Many questioned whether the device was real since only third-party retailers were vending the variant in Asian markets.

As it turns out, this 32GB iPhone 6 (2017) now appears to have arrived on Indian shores. Amazon has featured the smartphone on its front page, labeling it as an Amazon-exclusive. The e-commerce website has priced it at Rs 28999 after a 6% discount from its MRP of Rs 30700.

However, the markdown is part of a limited-period deal which ends on 7 March. There’s also an exchange scheme which strikes off up to Rs 8550 from the iPhone 6’s cost. The phone has been bundled with a 1 year manufacturer warranty and is being sold by E-Mobiles. It notably comes under the Fulfilled by Amazon guarantee, but is not eligible for cash on delivery.

Also Read: iPhone 7, iPhone 7 Plus get massive discounts on Flipkart

The main question here is whether or not the 32GB iPhone 6 is fake since Apple hasn’t said a word about it. Amazon’s Customer Questions & Answers section currently features a number of people stating that it is real. Some say they’ve received it and verified the serial number via the company’s site.

One possible explanation is that Apple has discontinued the 16GB iPhone 6 like it did with the 16GB iPhone 6S. The former is still available via Amazon at Rs 30399. The 32GB model will now probably serve as the entry-level variant for people looking to buy a 4.7-inch iPhone.

You can check out the 32GB iPhone 6 for yourself via Amazon India.