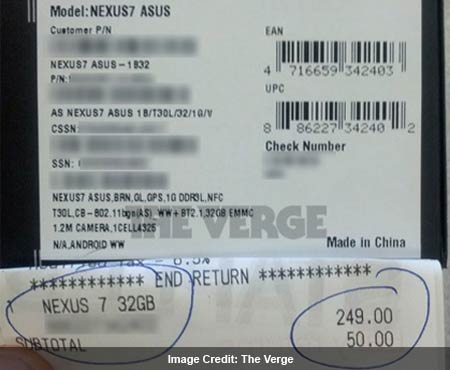 The 32GB Google Nexus 7 release date rumors have been doing the rounds for quite some time now and finally its availability has been revealed. Apparently, Staples will start selling the 32GB tablet before the end of this month and discontinue its 8GB version soon.

The Verge was tipped off regarding the availability of the 32GB slate by a customer who is already the proud owner of the slab in question. Reportedly, the tipster who also sent pictures to the aforementioned website, picked up the 32GB device after returning his 8GB Nexus and paying up the difference. According to the sources from Staples, the price of the 16GB Nexus 7 will be reduced and it will soon be available for $199. Rumor has it, that the guys over at Mountain View are also planning to introduce the 3G version of the budget-conscious tablet this month. 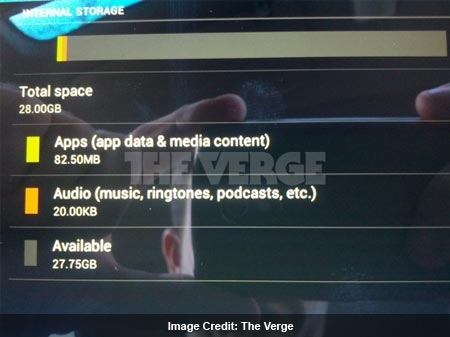 To refresh memories, the Asus tablet flaunts a 7-inch touchscreen display on the front panel, which is capable of rendering high definition images in 1280 x 800p resolution. It hides the quad core Nvidia Tegra 3 processor under the hood and treats users to the Android Jelly Bean platform. The slate’s specifications list also features a 1.2MP front-mounted camera that can be employed for the purpose of capturing still shots, recording videos as well as engaging in video conferencing over the web.

The 32GB Nexus 7 may hit store shelves at Staples on October 29 for $249. And as we mentioned above, the 16GB version may retail for $199, while the 8GB one may not be available any more.