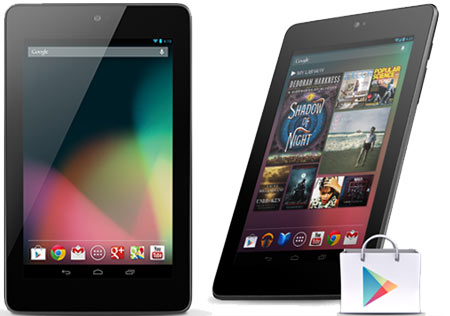 While there have been rumors about the 32GB Google Nexus 7, its price and availability have been officially confirmed only now. Mountain View has introduced not only the 32GB variant, but also another version of the same with mobile data. The cellular tab is said to be compatible with over 200 GSM networks across the globe, including T-Mobile and AT&T.

The compact slate that marked the debut of the Android Jelly Bean v4.1 OS, flaunts a 7-inch capacitive backlit IPS HD touchscreen. This scratch-resistant display reinforced with Corning Gorilla Glass can render images in 1280 x 800p resolution with a pixel density of 216ppi. A quad core Nvidia Tegra 3 4-Plus-1 processor is responsible for delivering a decent gaming experience, enhanced graphics, fast web access and smooth multitasking properties. Additionally, the Nexus 7 has 1GB of RAM as well.

The Google slate comes with a single 1.2MP snapper embedded on the front panel and a 4325mAh battery that sits under the hood. It allows users to browse the web for approximately 10 hours or watch HD videos for 9 hours at a stretch. Needless to say, it is pre-loaded with Google mobile services and offers access to the Google Play store.

The Asus Google Nexus 7 16GB version can be purchased for $199, while the 32GB variant can be picked up for $249. It is available through Office Depot, Staples, Walmart, Gamestop and more. Besides the US, the tablet has hit stores in countries like Canada, Japan, Australia, France, Spain, Germany and the UK. The unlocked 32GB device with mobile data and HSPA+ connectivity costs $299 and will be available via Google Play from November 13. 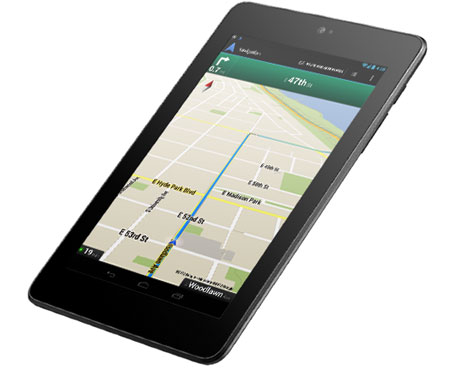