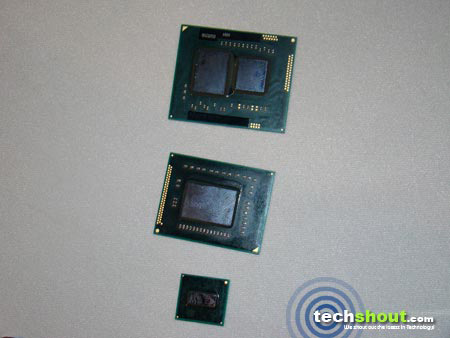 Intel has been at the forefront of the technology domain especially in the chipset segment. At a press event we attended in Mumbai, India, yesterday the company introduced the game changing 2nd generation Intel Core processor family. We also witnessed several upcoming products powered by these processor chips.

The company representatives disclosed the newer capabilities, features and services offered by these processors. The chipsets are aimed at delivering an enhanced visual experience with processor graphics built right into them. Intel has announced over 20 processors, wireless adapters and chipsets, including new Intel Core i7, i5 and i3 processors. The latest version of Intel WiDi 2.0 can stream 1080p HD content from laptop screens to TVs and comes equipped with content protection functionality.

We caught a sneak peek at this technology as content from Star TV network’s online portal was shown being projected onto a large HDTV screen. We were offered a live demonstration of the new Intel Quick Sync Video feature that is capable of converting a 4 minute HD video into one that can play on an iPod or other portable device within just 16 seconds as opposed to the earlier time consuming conversions.

“The new 2nd Generation Intel Core processors represent the biggest advance in computing performance and capabilities over any other previous generation,” commented R. Sivakumar, Managing Director, Sales and Marketing Group, Intel South Asia. “The built-in visual capabilities enabled by these new processors are stunning. This, combined with improved adaptive performance, will revolutionize the PC experience in a way that is obvious for every user to see and appreciate – a visibly smarter performance.”

A teaser from Call of Duty was showcased to flaunt the integrated graphics and the processors are optimized to support 30 of the most popular games. The company’s Core i5 and i7 processors incorporate Intel Turbo Boost Technology 2.0 which reallocates processor graphics or core resources to boost performance when and where it’s desired. The micro-architecture is said to combine 3D graphics and visual technology with microprocessors on a single chip.

“These new features are bound to appeal to your senses and give you a better looking PC experience,” continued Sivakumar. “The visual features built into the processor deliver everything for a stunning and seamless experience when viewing and interacting with all your PC visuals. So what you see looks amazing and runs without any interruptions.” 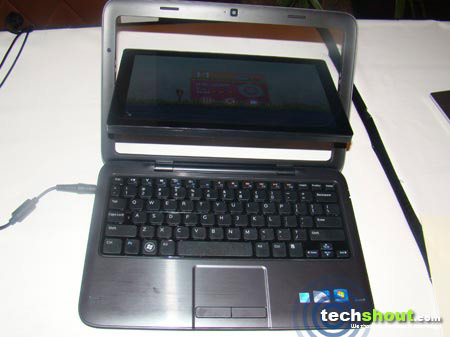 These chipsets will also be arriving equipped with anti-theft technology, so any laptop PC featuring this will be secured against theft incidents. We were given a glimpse of numerous products running Intel’s processor technology. One particular product which intrigued everyone and raised the level of excitement was Acer’s dual screen laptop. It showed off a colossal high-resolution touchscreen display.

This laptop includes a special touch feature, which surfaces the virtual keyboard when all ten fingers are placed on the lower touchscreen. Another gizmo that caught our fancy was an extremely thin notebook prototype sporting an innovative form factor. Its slender profile is even sleeker than the Apple’s MacBook Air. A host of other offerings completed the show on a very positive note.

Over 500 desktop and laptop PCs featuring 2nd generation Intel Core processors are likely to be made available across all markets the world over throughout next year. In India, such systems are expected from OEMs like Wipro, HCL, MSI, HP, Lenovo, Toshiba and Dell amongst others.