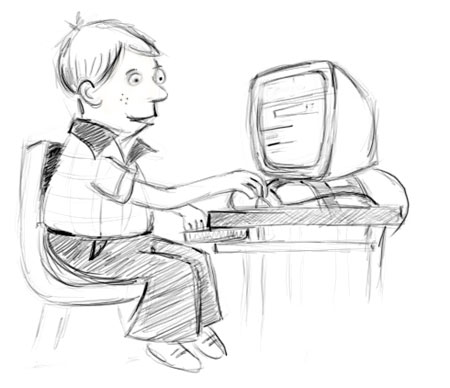 A survey conducted by Cox Communications and National Center for Missing and Exploited Children conducted a research over pre-teen children’s behavior on the internet. The survey indicates that kids are revealing more and more information regarding themselves on the internet, which leads to being contacted by strangers very often.

The research concentrated on the kids between the age group of 8 and 12 indicated that 90 percent of the kids reported having used the internet by age of nine. Moreover, the number of children online doubles and even triples between the ages of eight to ten and eleven to twelve respectively.

What is more shocking is 34 percent of eleven and twelve year-olds have their profiles on a social networking site. They also post more personal information on such sites including their images and location. While, 27 percent of kids (age: 11-12) have even have posted a fake age on the internet.

28 percent kids have been contacted by strangers, amongst 11 percent have chatted with unknown people on the net. The serious issue is only 69 percent of children share their internet activities with their parents.

In a nutshell, research indicates that parents should pay more attention on their children internet activities. Internet is surely a useful medium for knowledge and communication, but the parental guidance is necessary for pre-teen children.