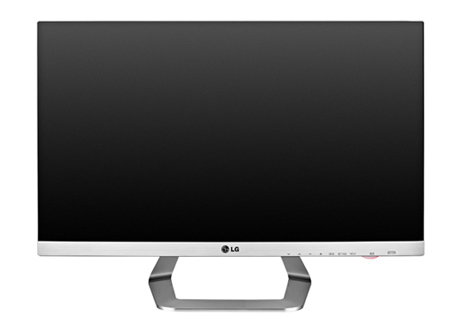 The LG TM2792, a 27-inch personal Smart TV, has been unveiled in the run up to the 2012 IFA in Berlin. Infused with IPS technology, the television set features Smart TV functionality and Cinema 3D technology. Its aesthetic elements have been designed to provide optimal viewing comfort.

The device features SmartShare wireless technology through which music, videos and photos from other devices can be viewed on the TV screen. With the Mobile High-Definition Link (MHL) and Intel’s Wireless Display (WiDi) screen sharing is possible. Users can play games and view photos with MHL while their phone charges.

“The TM2792 is an exceptional TV, offering an engaging, cinema-quality viewing experience that allows users to immerse themselves in a vast and customizable world of content,” J.J. Lee, Executive Vice President and Head of the IT Business Unit of LG Home Entertainment Company, stated. “Our top-of-the-line Personal Smart TV takes entertainment to the next level, whether it’s watching a video recorded on a smartphone, a favorite classic movie or anything else in between.”

Via the home dashboard, a variety of content is accessible, and users can navigate using the Magic Remote or even surf the web with a keyboard and mouse. The IPS display helps bring out clearer images and reduces eye-fatigue. Flicker-free glasses that don’t require batteries reduce the strain on the eyes while 3D Sound Zooming helps make the 3D experience more immersive.

There isn’t any word on pricing details yet, but expect the LG TM2792 to be launched in European markets in September. We can be certain that the company will reveal more at the upcoming IFA.