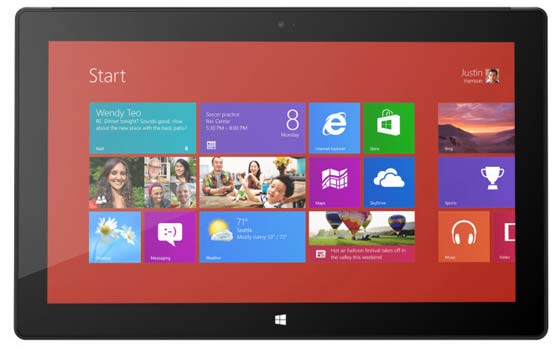 If 64GB and 128GB of internal storage options aren’t enough, a 256GB Surface Pro from Microsoft has been officially announced for the US. Well, Microsoft is yet to provide the price and availability details for the said tablet, albeit there is one retailer in the country that’s already offering the device for purchase.

What’s worth mentioning is that the 256GB Surface Pro is said to go on sale in limited quantities. Also, it will be exclusive to business customers. This same variant was previously launched in Japan and at that point of time, there was no information on a global roll-out. In recent news, the company started offering its RT tablet at a discounted rate for students. The retail price was dropped down to $200 from $499 for the 32GB model.

The Surface Pro is the company’s homebrewed slate which runs on the Windows 8 desktop platform. With 256GB of storage, the tablet will offer double the hoarding capacity compared to that of the latest iPad. For enhanced productivity, the device is designed with a kickstand to keep it in a near-upright position and it can be coupled with a keyboard which is being offered in 2 choices, namely touch and type, by the manufacturer. 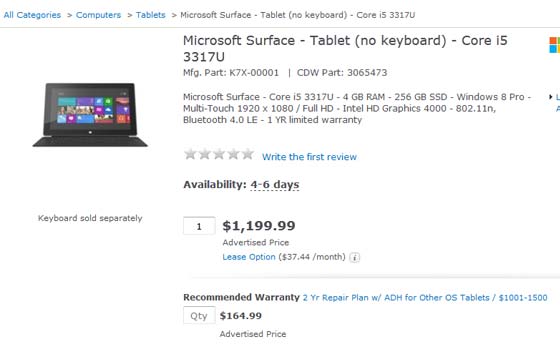 The 256GB Surface Pro features a lightweight design that’s crafted from VaporMg with a dark titanium shade. The device is 0.53 inches thick and it weighs 2 pounds. On the inside, a third generation Intel processor does the heavy lifting with 4GB of RAM and HD Graphics 4000. The tablet flaunts a 10.6-inch ClearType screen that proffers visuals in 1080p FHD resolution.

Those interested can currently purchase the Surface Pro through CDW that’s offering the tablet at a price of $1,199.99 without the keyboard. A post on WP Central notes that the official availability through the commercial channel and the authorized resellers is just a few weeks away.