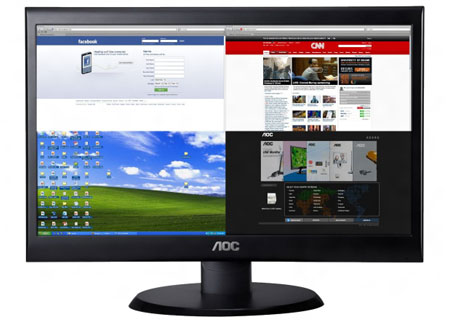 The 22- and 24-inch AOC 50 Series LED monitors have now gone live for potential users out there. Both variants namely, the e2250Swdn and the e2450Swd are currently up for grabs through Staples office superstores across the US.

Being classified as energy efficient displays, both devices are said to be Energy Star and EPEAT Silver-certified and ideal for office as well as home use. Built around a sleek form factor, the newly launched AOC monitors are sprayed with a fine textured black hue on the rear end and the base structure, while the bezel flaunts a high gloss finish. Measuring just about 15mm thick, they proffer low power consumption attributes and apparently utilize around 50% lesser energy compared to CCFL displays.

“The 50 Series offers general purpose, entry-level commercial LED monitors that are perfect for businesses, home offices, and even dorm rooms,” commented Robert Velez, AOC Marketing Manager. “The monitors provide great value, while allowing you to get the most out of your system’s visual output.” 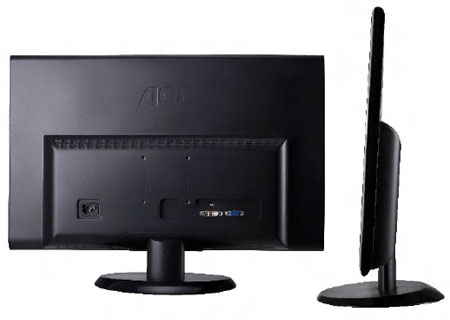 Both 22- and 24-inch LED backlit variants come with a 1920 x 1080 pixel resolution and 20,000,000:1 dynamic contrast ratio. The manufacturer has even equipped them with user-friendly features and various other offerings to enhance productivity. The Screen+ software divides the display into 4 different work areas, while the Eco Mode should help conserve energy. What’s more, users have the option to mount them on walls for conserving space.

The AOC 50 Series price tags amount $149.99 for the 22-inch e2250Swdn variant and $179.99 for the 24-inch e2450Swd monitor. As we’ve previously noted, both LED displays are available for purchase through Staples office superstores nationwide.