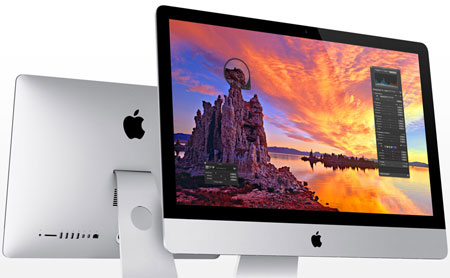 Showing a price of $1,099, the new 21.5-inch iMac with a 3.3GHz dual core Intel Core i3 processor for educational institutions only in the US has been launched by Apple. Even though it has an impressive CPU speed, this is the lowest model in the series, based on other specs.

This educational-only model is about $150 cheaper than the company’s lowest 21.5-inch device offering, which comes with a slightly stronger processor option – a quad core Intel Core i5 CPU. It has an LED backlit display with IPS technology capable of giving users the visual clarity of images and video in full 1080p.

We already know what its processing heart will be. But what kind of GPU will it feature? This specific model comes with an Intel HD Graphics 4000 solution. There is a 500GB hard drive and the system can also be configured with up to a 1TB Fusion Drive at the company’s online store. Other conveniences include a FaceTime HD camera for video chats plus Wi-Fi and Bluetooth connectivity.

It comes with 4GB of RAM as standard, but this can be increased to 8GB or even 16GB. Included with the PC are a regular Apple keyboard and mouse, while those who want a slightly more premium touch can chose the optional Wireless Keyboard, Magic Mouse and Magic Trackpad. Pre-installed is OS X Mountain Lion. 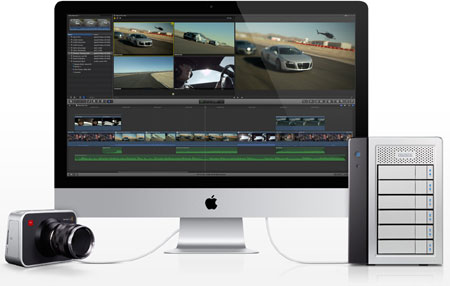 An assortment of ports including two Thunderbolt ports, four USB 3.0 ports, an SDXC card slot and Gigabit Ethernet port are also present. Mac Rumors is reporting that even though the device has popped up on the company’s back pages, it is unclear when the desktop computer was initially offered. But it replaces the previous devices for educational institutions which was introduced more than 18 months ago.

Those interested in purchasing this 21.5-inch, $1100 iMac will be disappointed to know that Apple is only offering it to educational institutes, and even those who make purchases through the company’s educational discount program will not be given the option to buy. It should be noted though, that it will take about 5 to 7 business days to ship, which is more than the 3- to 5-day estimations made for others in the lineup.