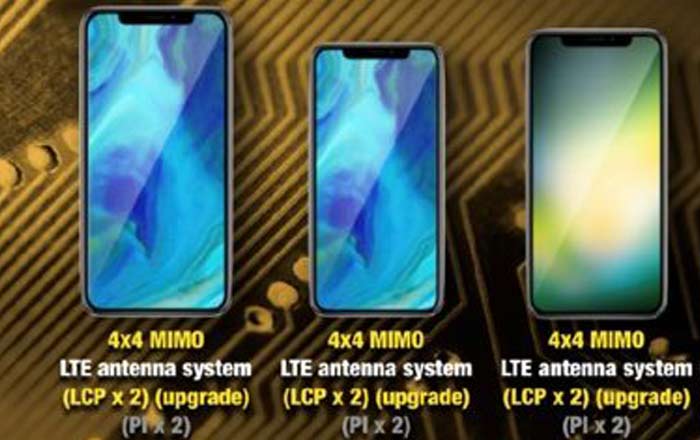 The 2018 iPhone trio is in the news again, this time for reportedly featuring liquid crystal polymer (LCP) antenna modules. The new tech is key to allowing for faster LTE transmission speeds.

As per a note by KGI Securities analyst Ming-Chi Kuo, the next-gen iPhone series will utilize at least 2 LCP LTE antenna modules. It’s superior to the existing one when it comes to thermal performance, moisture resistance, and high-frequency.

The iPhone X already features LCP antennas, but Apple is apparently going to upgrade the 2018 iPhone lineup so that it supports 4 x 4 MIMO (Multiple-Input Multiple-Output ) technology. The iPhones currently available in the market only support 2 x 2 MIMO standards, slower than Android flagships.

MIMO makes use of multiple antennas at both the source and destination to cut down on errors and boost speeds. By switching to 4 x 4 MIMO, future iPhones will have 4 times the data paths between itself and a cellular tower.

Kuo had actually discussed this switch in a report last week, predicting that Apple would use Intel’s XMM 7560 and Qualcomm’s Snapdragon X20 modems. Both support 4 x 4 MIMO and the subsequent faster LTE speeds. The former is expected to be present in 70% to 80% of iPhones next year.

The analyst believes that Apple is coming out with 3 full-screen iPhones in 2018. One model may even support a dual-SIM card structure, although it’s not clear if it’ll allow 2 physical cards in a single tray or 1 physical card and 1 virtual eSIM. The Apple Watch Series 3 already uses the latter to enable LTE connectivity.