There’s been a lot of chatter surrounding Apple’s next 3 iPhones, but one aspect remains unclear – their names. A new report out of France claims to have solved this mystery thanks to an image obtained from a reliable source.

“XS” is a pretty strange name. Most people will be thinking of it in sizing terms, so they’ll read it as extra small. Apple itself pronounces the iPhone X’s name as iPhone 10, so the new name will probably be pronounced as 10S.

A recent video leak by MobileFun talks about a slightly different naming scheme. The retailer compares dummy models of the new iPhones in the video and claims that Apple is going to call the devices the iPhone (2018), iPhone XS, and iPhone XS Plus. 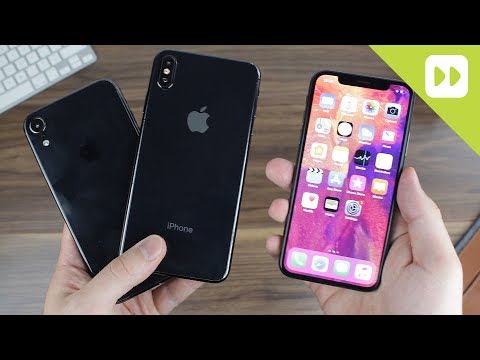 Removing the number from the entry-level iPhone might make sense since there’s nowhere to go after 9. On the other hand, it will probably confuse consumers who are used to using a number to identify which model they’re talking about.

There’s also the iPhone XS to ponder over. Will Apple start naming its smartphones in increasingly convoluted ways like XI (11) in 2019 and XIS the year after that? This seems unlikely, but stranger things have happened. The company notably ditched its “S” convention last year with the iPhone 8, choosing to skip over the iPhone 7S.

Whatever Apple finally decides to go with, there are a couple of things which are happening for sure. All 3 iPhones are getting glass backs for wireless charging, fast chargers inside the box, Face ID support, a notch design, and an A12 processor.