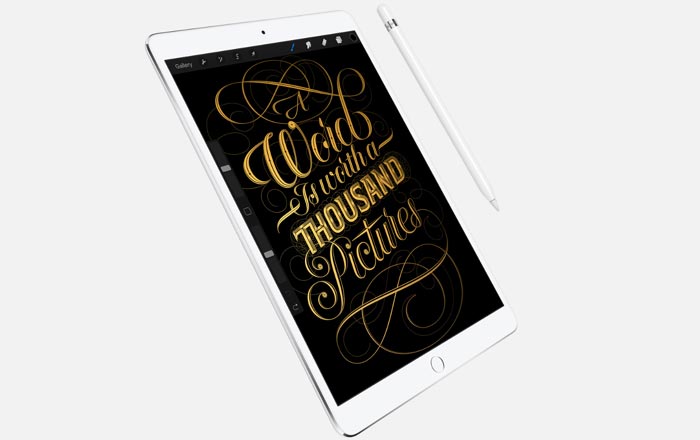 There are big changes incoming for Apple’s iPad lineup, with the tablet series set to take inspiration from the iPhone X’s design in 2018. This shouldn’t come as too big of a shock since the company likes keeping things uniform when it comes to its family of products.

Like the iPhone X, the 2018 iPad is set to drop the Home button. With the component gone, there’ll be more space for the screen left over. Apple actually cut down on bezels with its latest 10.5-inch iPad, but it looks like the next one will eliminate borders to further extremes. Naturally, the main benefit of this is to have more display within the same footprint.

Bloomberg in fact claims that the 2018 iPad will be similar in size to the 10.5-inch iPad Pro. The slate will probably be part of Apple’s most high-end lineup, given its flagship-worthy design modifications. One thing which isn’t clear is if the firm plans to go all the way and place a notch up top.

People familiar with the matter told the publication that the next-gen iPad would adopt Face ID, a natural choice now that there’s no Home button to house Touch ID. Hardware specs are also set to be upgraded, in addition to a revamped Apple Pencil.

One aspect which probably won’t get carried over to the 2018 iPad is an OLED screen. It appears making these panels at scale for a much bigger device is too much of a technical and financial hassle. Given the difficulties the iPhone X faced with its own OLED displays, this seems like a wise choice.

Apple is likely to launch this minimal-bezel iPad late next year. Supply chain issues between now and then could endanger Face ID availability. The iPhone X allegedly got delayed for this very reason.