Owners of the 2016 MacBook Pro have been plagued by strange graphics glitches and battery drainage bugs ever since the laptop series started hitting the market. There’s very little consensus on what exactly is causing these problems, with the issues affecting both the Touch Bar and non-Touch Bar members of the lineup.

It looks like Apple has finally taken note of at least the graphics controversy. A MacRumors forum member who had ordered a custom-made MacBook Pro decided to send an email to the company’s CEO Tim Cook asking him if he should cancel his order and book it later after the graphics card and battery life concerns had been sorted out.

He then got a reply from Apple Senior Vice President of Software Engineering Craig Federighi, who told him that the brand had addressed all these graphics issues in the latest beta of Sierra 10.12.2 which is currently being tested by developers and participants of the firm’s beta program.

macOS Sierra 10.12.2 may be coming out soon for all users based on the fact that the beta cycle is almost at an end. However, Federighi’s reply doesn’t address the battery life dilemma at all. As such, there’s no guarantee it could be resolved with the upcoming software upgrade.

Moreover, the email exchange hasn’t been authenticated so its assertions may not come true after all. Another forum member who claimed he was using Sierra 10.12.2 posted a video which demonstrated that the graphics problem was still alive and well even in that version of the OS. 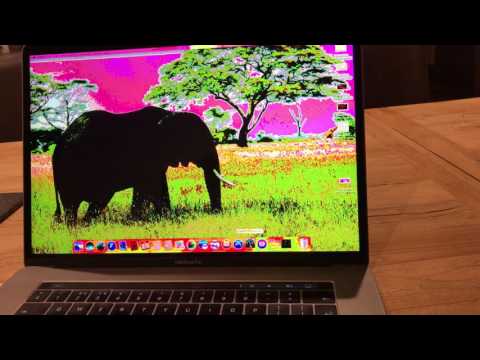